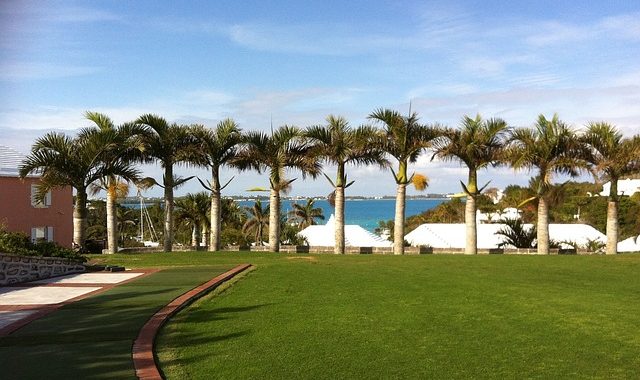 The Island of Bermuda’s Virtual Currency Business Act of 2018 has passed the United Kingdom House of Commons and will now go to the Senate. The law is designed to regulate the growing Cryptocurrency industry there. If approved, it could set precedent other nations may end up following. The 150-page document isn’t an easy read, but what is found there could affect the cryptocurrency industry for years to come. Without further ado, here are the things you need to know about Bermuda’s Virtual Currency Business Act of 2018.

The governing body that will interact with the cryptocurrency industry has the slightly Orwellian name of the “Authority.” The Authority is already the regulatory body of the financial sector in Bermuda, covering Anti-Terrorism and Anti-Money Laundering laws. Under the new law, it will be set up to interact directly with cryptocurrency businesses (which the bill calls “Virtual Currency Business” or VCBs). The Authority will monitor companies, send out warnings, and take first actions against the VCB, including revoking their license or issuing a fine.

The bill will not cover companies that make their own ICOs, as that is already covered by the Bermuda Government’s Registrar of Companies. However, companies that run ICOs on behalf of other companies will be subject to the law if it passes.

There will be two licenses for VCBs in Bermuda: class M and class F. The Class M License will be a temporary license that will last for a length determined by the Authority. It is easier to obtain than the class F license and will serve as a “sandbox” to encourage innovation. After the time on the Class M license is up, the business will have to either apply for an extension, apply for a Class F license or cease operations in Bermuda.

The Class F license is more permanent but the companies must reach a higher standard of compliance in order to obtain it. These companies will have to meet a minimum set of criteria:

In addition, Virtual Currency Businesses will be required to include some level of transparency for their potential customers. These include what license the company holds (class M or class F).  A schedule of fees that customers should expect while using the service. Whether or not the company has insurance to cover consumer losses in the event of theft or cyber-theft. And they must explain to the customer the nature of irreversible virtual currency transactions, along with any exceptions built into the service.

Besides transparency, the Authority puts a few other restrictions on virtual currency companies. The companies must maintain a physical presence in Bermuda. If the service/company has its own blockchain, the Authority must be permitted to run its own node and if that isn’t applicable, there must be some automated data gathering the Authority can access. The company must also do a risk assessment every year and send it to the Authority.

Lying or providing misleading statements to the Authority will be considered illegal and failing to comply with the new law could result in fines up to $10,000,000 per breach.

How this bill is perceived by the cryptocurrency community has been largely unseen. The open comment period continues until May 5th. S,o there is still sometime if you would like to have your voice heard. The bill had significant contributions from Shyft, a company that advises blockchain companies on KYC/AML (Know your customer, Anti-money laundering) laws.

Joseph Weinberg, an adviser to an OECD think tank and a chairman on Shyft provided us some thoughts through email. He explained why Bermuda was an ideal place for the world’s most comprehensive cryptocurrency regulation

“Bermuda’s proximity to Canada and the U.S., as well as its long histories with both countries (especially Canada) makes for a great geographic location to build great businesses that act local, but also enables markets globally.” Explained Weinberg “Along with that, Bermuda also has a highly skilled workforce that is experienced in regulation and compliance and securities laws. The island also has a rich entrepreneurial history and a willingness to learn and adapt quickly. This made for an incredible working relation in building out regulation for the crypto community[.]”

Loretta Joseph also worked on the Bill. She is also part of an OECD think tank, adviser to Shyft and Chair to the Australian Digital Chamber of Commerce Advisory Council (ADCA).

“Working with the Bermuda Monetary Authority in crafting the Virtual Currency Business Act has been a very collaborative process — from the industry to stakeholders to the government to regulators to policymakers — it [has] been the most collaborative jurisdiction that I’ve worked with in the crypto space and an example for the rest of the world to follow.” Joseph explained “The problem with regulation in the crypto space is that every country has been running toward different legislation and there’s a lot of jurisdictional arbitrage. With the Virtual Currency Business Act, we hope to create a standard. Because the BMA made a point of hearing out all the stakeholders, it is the most responsible regulation that I’ve seen being adopted by any country in the crypto space. We hope that different jurisdictions can take this as an example and will adopt similar regulations.”

We will have more on the Virtual Currency Business Act of 2018 as it works its way through the legislative process.