Bitcoin is far and away the most valuable cryptocurrency on the planet, with well over twice the total market capitalization of the nearest competitor, Ethereum. Not only has Bitcoin dominated the crypto world, but it has also spurned the creation of various other coins, as a result of forking.

A fork is essentially a change to the software of a digital currency, which in turn creates two separate versions of the blockchain, but the two still hold a shared history. These can sometimes last for a few minutes, or can be permanent.

Bitcoin Cash was the first fork of Bitcoin, which was followed, a few months ago, by Bitcoin Gold. This article will take an in-depth and close look at Bitcoin Gold and explain what it is and what you need to know about it.

What is Bitcoin Gold?

As mentioned, Bitcoin Gold was created on October 24th 2017 as a result of a Bitcoin fork. It is a cryptocurrency and is similar to Bitcoin in most ways, and is a free open source software project.

The reason it was largely created is to rectify an issue that many people have with the design of the original Bitcoin. This design flaw is that the mining for Bitcoin has largely become centralized, with a few main players handling most of it, which means most individuals simply don’t possess the computing power to mine for any sort of profit.

Originally, anyone could mine for Bitcoin with their own personal PCs and make some money along with assisting the network grow larger as well. However, this soon became more valuable and profitable (due to the increase of the Bitcoin price), which led people custom-build ASICs (application-specific integrated circuits) that can mine the coin much faster.

As a result, it became hard for just anyone to mine, which led Bitcoin mining to be very specialized, with only a small amount of firms holding most of the power over the industry and network.

Many people feel like this goes against the decentralized nature or cryptocurrency and blockchain, so that is why Bitcoin Gold’s main goal is to introduce a new mining method that won’t be dominated by the ASICs, and will go back to the roots of allowing anyone to mine.

How Is Bitcoin Gold Different From Bitcoin?

Bitcoin Gold is different from Bitcoin because of a few things, the biggest being the different mining algorithm. While the original Bitcoin uses the SHA-256 algorithm, the new Bitcoin Gold uses an algorithm called Equihash. Both are proof-of-work, which basically means the miner has to solve a hard puzzle in order to effectively mine a block. With SHA-256, the more complex and specific equipment that you use, the better chances you will have when it comes to mining. However, according to supporters of Equihash claim that this distinct advantage isn’t present with their algorithm.

So the question is, why not? The big reason is because Equihash is the algorithm is more constrained by memory than overall computing power. You really cannot optimize these memory-intensive algorithms like the ones that rely on computing power. Memory is memory, whether it is on a standard computer or a piece of equipment worth thousands and thousands of dollars. This will ensure that the mining for Bitcoin Gold is completely decentralized and the distribution of the coin is fair. 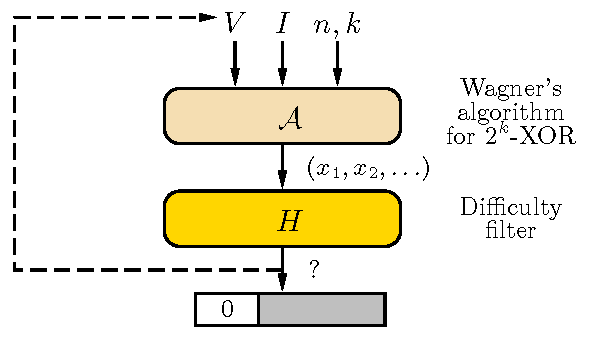 Another difference between Bitcoin and Bitcoin Gold is the fact that Bitcoin Gold has replay protection. This will prevent accidents and malicious threats for the users. On top of that, however, Bitcoin Gold is fairly similar or identical to the original Bitcoin in most ways. It has the same processing time for transactions (which is 10 minutes) and both have the same maximum supply of 21 million and more.

How Are People Reacting to Bitcoin Gold?

The idea of decentralizing the mining process is an attractive one for most people. It makes sense for mining to be able to be done by anyone, and not just those with expensive and complex equipment. Despite that, there are still a variety of skepticism held by some people.

Some people don’t like the way that Bitcoin Gold launched, as they launched privately first (allowing the team to mine without competition) before opening up to the public. Another group of people are weary of any type of Bitcoin fork as many see it just as a way to profit off of the name “Bitcoin”. Some people feel that the greater the number of Bitcoin forks, the more confused a lot of the public will become about what Bitcoin is and what it isn’t.

The coin is still very small in the overall market with a market cap of only around $2 Billion, but it will be interesting to see what the future holds for Bitcoin Gold, and if the original Bitcoin ever sees the merit and adapts a similar mining process. In fact, that is actually a large goal for Bitcoin Goal as they would love to see Bitcoin adopt Equihash as an alternative proof-of-work algorithm.

How Can You Get Bitcoin Gold?

If you were not an owner of Bitcoin at the time of the fork, don’t worry, there are other ways to get it. Of course, you can always mine it, but if that’s not your style, you can purchase it or trade for it like any other cryptocurrency, as many different exchanges and wallets support Bitcoin Gold

In conclusion, Bitcoin Gold is hoping to restore the decentralization of the mining process. While they are still relatively small, they have a good amount of supporters who believe in their cause.