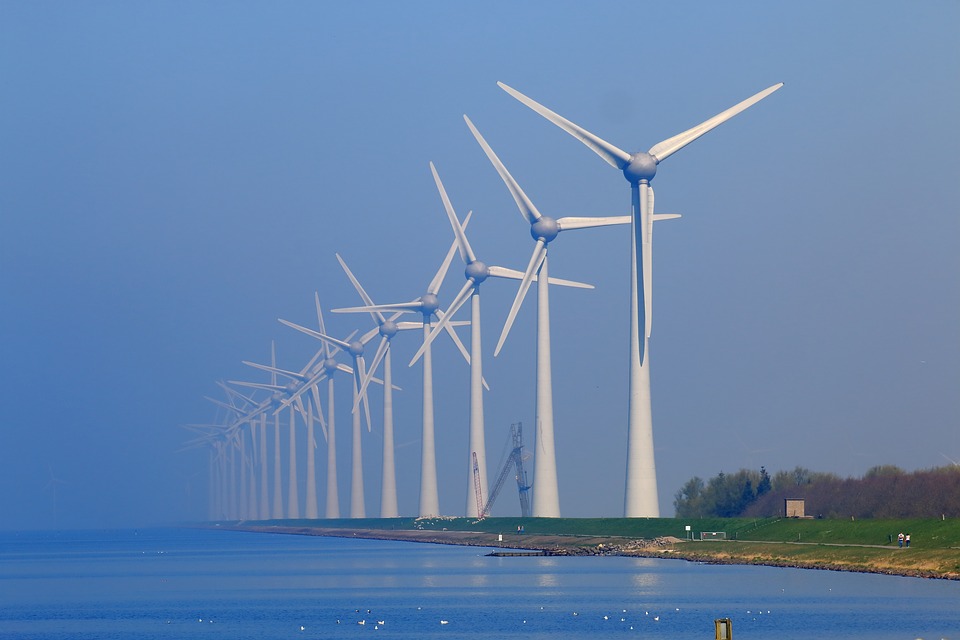 The urgency to tackle climate change rises each day and there are apocalyptic predictions coming out more frequently from individuals of repute such as Stephen Hawking. As such, there is a need to apply whichever means available to make positive changes against GHG emissions, including blockchain centered solutions.

First, commitments rarely match with action. Second, an assertion that a corporate entity is green comes with certain economic and brand benefits. However, there is little visibility on how corporate entities attain green certification. Third, a status quo currently prevailing rarely gives everyone a real need to go green.

The new blockchain technology has the potential to provide a game-changing impact on the fight against climate change. It will allow institutions and individuals genuinely fighting climate change to work together and by pass large energy conglomerates while rewarding those that meet specified climate related goals.

Climate change is an international issue whose solution lies in navigating the web of contradicting regulations and languages between countries. According to the World Economic Forum, blockchain is a key weapon in the fight against climate change due to its decentralized nature.

Through cutting out bureaucracy and intermediaries, blockchain provides an avenue for interpersonal relationships. This creates a bottom-up solution instead of the top-down method as dictated by politicians.

One of the most recent example of such a solution lies in a successfully carried out blockchain founded micro-grid trial. The New York-based micro-grid enables a community to generate and share its own green power and therefore not depend on the inefficient conventional grid.

The situation today is that data on emissions is inadvertently mistake laden, often fiddled with, or erroneously collected in the first place. Blockchain allows the collection of cleaner information since blockchain data becomes tamper-proof once it becomes part of the network.

Clean data collection means receiving secure information from various devices, machines, and producers that is impossible to tamper with, whether unintentionally or intentionally. This would ensure better decision making hence improving the war against climate change.

That way, those responsible for fouling the climate undergo disciplinary penalties, while those helping receive rewards.

Since the global financial system crisis of 2008, trust for governments, corporations, and businesses is at an all-time low. Few can trust centralized systems when they show repeatedly that they are prone to political influence and greed.

Blockchain provides an immutable ledger of fund flow, holding corporate and individuals more accountable for their actions. This ensures green funders that their funds have gone into the causes they care about.

Blockchain improves fund deployment and delivery through eliminating financial institutions, brokers, and consultants each of whom take slices of funding before it can reach its destination. This means that donors can track every their donations to ensure that they are used for the intended purpose.

The United Nations is stepping into the foray by increasing its promotion efforts in using blockchain technology to take action against climatic change.

Recently, the intergovernmental organization announced the launch of the Climate Chain Coalition, a group whose mandate is researching how distributed ledger technology would be applied in climate change related programs and its possible adoption.

The group has thirty-two members signed up and is seeking participation among a wide range of institutions with technological expertise. This way, the group hopes to mobilize promptly and fully the technological potential while seeking collaboration among various stakeholders.

This means resources go to priority areas, no duplication of efforts arises, and assistance becomes available against pitfalls that come from working with new technologies that have many unknowns.

This initiative may still be in its infant stages but it adds to other United Nations programs in action that are applying blockchain technology to advance an assortment of causes. One is a trial that involved sending humanitarian aid to Syrian refugees through Ethereum blockchain usage.

Power Ledger, an Australian company, has a blockchain-based structure in place that allows people to exchange surplus, buy, and sell renewable energy, without involving middlemen.

Chinese Energy Blockchain Labs and IBM are working on the development of a marketplace to trade carbon assets using blockchain technology.

A number of companies worldwide are also working on smart energy programs that regulate power demand on grids, thereby doing away with power outages through blockchain technology.

Most of the news about Bitcoin centers on the shady and fraudulent aspect. Nevertheless, it cannot be denied that the technology upon which Bitcoin is built holds vast potential and could support a wide range of applications. Climate change and the fight against it is a good example.