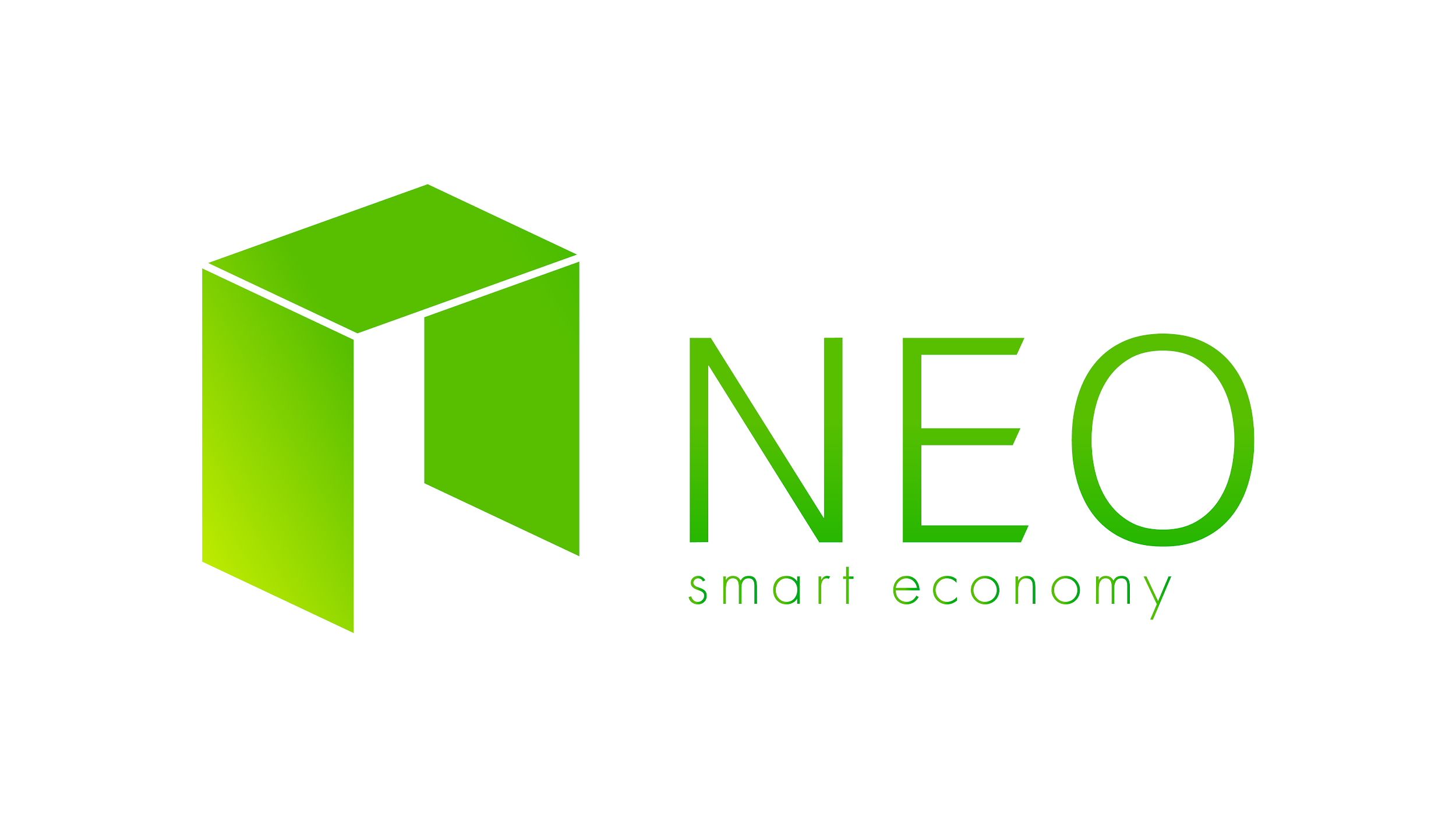 Despite its popularity Ethereum has a deadly competitor. What is NEO and why has it been dubbed the “Ethereum killer.

You’ve probably heard of Ethereum, it is the second largest cryptocurrency by market cap after all. The Ethereum smart contracts platform has proven wildly popular and spawned hundreds of projects and ICOs, it’s even acquired the backing of some pretty big players. What you may not know is that Ethereum’s dominance is under threat from a rival, the Chinese cryptocurrency NEO.

Ethereum and NEO both have a lot in common. They are both platforms for smart contracts, both have the backing of number of major companies and they both want to change the way we do business. NEO has fallen into the shadows somewhat since China’s moves to regulate cryptocurrency but its still quietly preparing to overtake Ethereum. What makes NEO so special and does it really have what it takes to earn its honorary title: The Ethereum killer?

NEO is designed to take what Ethereum built and make it better.

NEO was China’s first open source public blockchain. It’s first appearance was on Github in 2015 under the name Antshares. Despite the huge potential behind NEO it struggled to make any significant gains. This frustrated the developers and the community so they decided to rebrand to NEO.

At first glance NEO looks very similar to Ethereum. Both tokens are built as a platform for companies to launch new projects. They both put a strong focus on building smart contracts, value regulatory compliance and are backed by big industry players. The difference is that Ethereum is reacting to a current market need and NEO is trying to use Ethereum’s tools to anticipate future needs.

Whereas Ethereum is designed to power new businesses and automate supply chains NEO is designed to pioneer the economy of the future. Their ambition is to build a “smart economy” which they define as “digital assets, plus a digital identity, combined with smart contracts.” This economy is designed to solve one of the biggest problems in the modern economy.

Trust, Or more specifically, how can you do business with someone you don’t trust completely. It’s a problem that haunts many sectors and issues of late or non-payment can have a huge impact on freelancers and businesses around the globe.

Preparing for a new economy isn’t a simple task and NEO is attempting to achieve it through a three pronged approach.

The first step to resolving this issue comes straight out of Ethereum’s toolbox. Smart contracts are not dissimilar to a contract you draw up with a lawyer except there is no middle man. A simple example could look like this:

You want to buy stock from my warehouse, I digitize my assets using a smart contract and then place the certificate in the Blockchain equivalent of an escrow account. Once you transfer the agreed balance the smart contract executes and I receive tokens and you receive my asset.

This is an incredible basic example and it’s also possible to add time limits, penalties and other automation features into a smart contract. They represent an invaluable opportunity for many sectors and smart contracts are the driving force behind the success of the Ethereum platform.

NEO takes this idea and improves upon it in many ways.If you want to program a contract on the Ethereum platform you need to use their native programming language solidity. This is problematic because it makes Ethereum smart contracts difficult to create and tricky to bugfix. NEO on the other hand can be programmed in numerous programming languages including Python, C# and Java with more on the way.

This gives NEO an absolutely massive advantage over Ethereum. If you are able to hire any developer to program your contract it is not only easier to understand but it is far easier to bug-fix and create. To use Ethereum you will need to hire a programmer skilled in the arcane arts of solidity and this may put off smaller businesses who may not have the capital required.

While most of the cryptocurrency community is trying to figure out how to remain anonymous NEO is trying to make sure that you know who you’re dealing with. This is an incredibly important step towards compliance with existing know your customer (KYC) and anti money laundering (AML) legislation. It will also ensure that legal action can be taken against unscrupulous users if necessary.

NEO’s digital identity will be in line with internationally agreed norms and is built in partnership with THEKEY, a cryptocurrency being developed on the NEO platform. The identity will also allow businesses to only deal with people who are “confirmed” which is designed to provide peace of mind. NEO’s digital identity is central to their platform and a foundation for their most innovative feature.

By far the most ambitious feature of the NEO platform is the ability to digitize real world assets. This will allow users to take their house, car, book, gold or whatever it is they want to sell and have it represented digitally on the NEO blockchain. Think of it as something like a clearing house but with insignificant fees and a publicly accessible log book. Each asset will be secured using an online certificate so users will be able to verify that it exists.

This is incredibly important and requires both the smart contracts 2.0 and the digital identity to function correctly. The asset can be attached to a smart contract that will only transfer ownership once all the criteria have been met, for example once the agreed balance of Bitcoin hits a specific wallet. This will make it far simpler to buy and sell assets online and could revolutionize the way that we do business.

The smart economy is not all that makes NEO unique, they are also one of the few cryptocurrencies using the Delegated Byzantine Fault Tolerance (DBFT) consensus system.

The NEO blockchain that powers the smart economy is powered by two distinct tokens, NEO and neoGAS (GAS). The NEO tokens were all instamined during the genesis event. These tokens have a hard cap of 100 million and they are used for block creation, network management and consensus requirements. In comparison the GAS tokens are designed to act as the fuel for the blockchain.

GAS tokens are generated using a process called proof of stake. This means that as long as NEO coins are held in a wallet they generate GAS tokens for their owner. Think of it as something like interest on a bank account or dividends for shareholders. Rather than using a pure proof of stake system NEO uses the Delegated Byzantine Fault Tolerance (DBFT) consensus system.

DBFT is a fairly complex system and you can find a full breakdown of how it works in the NEO documentation. Put simply NEO holders will vote on consensus nodes to protect the network from faults without requiring vast amounts of computing power. A speaker issues an order and the delegates (NEO holders) need to be able to achieve a 66% consensus or the block will not be considered validated. If consensus cannot be reached because a node is considered dishonest (either damaged or malicious) a new speaker is selected that has a view of different nodes and tries to form consensus. In order to encourage users to stake their “NEO” they are rewarded with GAS.

Top tip: If you want to earn GAS from your NEO always make sure to store it in a desktop wallet, most exchanges will not give you any GAS your NEO earns while it is in their wallet

In fact under a draconian crackdown by the Chinese government NEO has been able to thrive, becoming the 8th largest cryptocurrency with a market cap of over $8 billion. Honfei believes that the Chinese crackdown is largely over and he has been concentrating upon refining the technology behind NEO. Neo’s founder also thinks that in the medium term NEO may be able to partner officially with the Chinese authorities and he is ensuring that this remains an option by carefully following all Chinese regulations.

This puts NEO in the unique position of not just being able to survive regulations but even thrive under them. Many long-term cryptocurrency watchers have seen that regulations are all-but inevitable. It is honestly surprising that other cryptocurrencies haven’t taken NEOs approach to prepare themselves for this future.

Given their ability to survive in China’s harsh regulatory environment it seems likely that NEO will continue to do well over the course of 2018. The cryptocurrency market in general has begun to stabilize and Bitcoin broke $10K in late February and this provides a good foundation for NEO to begin building towards a bullish rise.

One of the key factors in NEO’s success will be whether new ICOs continue to adopt the NEO blockchain. While they won’t be able to access Chinese based ICOs any more there are still companies outside of China that see NEO as a viable choice, some are even switching over from Ethereum.

One notable example is the “Content Economy” ICO Narrative. Narrative was originally on the Ethereum blockchain but frustrated by bottle necks and the growing pains experienced by the Ethereum platform their founder, Ted O’Neill, began looking for alternatives. Impressed by NEOs features and the plans for the smart economy he decided to make the switch. Other companies like Thor Token, a solution for contractors in the gig economy, have also been designed specifically for the NEO blockchain.

In terms of risks NEO’s biggest dangers certainly comes from the Chinese authorities attitude to cryptocurrency and the success or failure of ICOs on her network. If the Chinese government declares a total crackdown on cryptocurrency then NEO may well be forced to move to friendlier environments and the price may suffer. Any failure of NEO backed ICOs could also reflect badly on the blockchain and could potential raise questions about NEO’s long term viability.

The other major factor for NEO will be the cryptocurrency ecosystem. As it becomes a bigger part of the market you should expect to see it follow the ups and downs of Bitcoin. This problem will become less pronounced as the cryptocurrency market begins to mature but for the time being, for better or worse, Bitcoin largely determines the fate of the market at large.

NEO is in the perfect position to break out in 2018 and if the cryptocurrency can continue to navigate choppy regulatory waters and an unstable market then Da Honfei’s dream of a “smart economy” powered by NEO may come to fruition.

Penny Crypto; Why Size Does Matter but Bigger is not Always Better