Ethereum Classic ETC) has been the talk of the town in the cryptocurrency world for the last few weeks. The talk has largely revolved around the fairly recent announcement of a big event for the currency, a Calisto (CLO) airdrop. This airdrop took place at the 5,500,000th block of the ETC blockchain, which occurred a few days ago on March 5th 2018. This airdrop means that each holder of ETC at the time the 5,500,000th block is processed, received an equal amount of CLO, for free. So if you had 15 ETC at the snapshot of the 5,500,000th block, you will automatically receive 15 CLO into your wallet.

If you are curious about what an airdrop is, it is essentially free coins. However, nothing is free, so why do cryptocurrencies engage in airdrops? Well, the answer is that it can be a genius marketing strategy and can help raise capital. If you want people to become aware and interested in your currency, what better way to get them talking or interested than offering them something for free. It is a pretty sweet deal for investors as you don’t really have to do anything, other than hold a certain type of coin, to reap the rewards and benefits. It is a win-win for the cryptocurrency themselves (as airdrops often lead to a rise in coin prices and an increase in exposure) and for consumers (free coins are always a good thing).

As for how to ensure you get (or got) the CLO tokens, you don’t have to do a single thing. They should be able to be seen in your wallet, as long as you configure it to be able to show the tokens. If your ETC are kept in an exchange, the CLO coins might not be available immediately, but should arrive very soon.

Similar to an airdrop, when a cryptocurrency forks, people will receive a 1:1 ratio of the new currency based on how much of the original currency they had. For example, when Bitcoin Gold forked from Bitcoin, if you had 3 Bitcoins, you would receive 3 Bitcoin Gold. The same applies to airdrops, but there are still many differences between hard forks and airdrops.

For example, an airdrop (such as the CLO that will be airdropped to ETC holders) will go to a brand new blockchain (in which CLO is the currency) rather than “forking” off of the ETC blockchain. 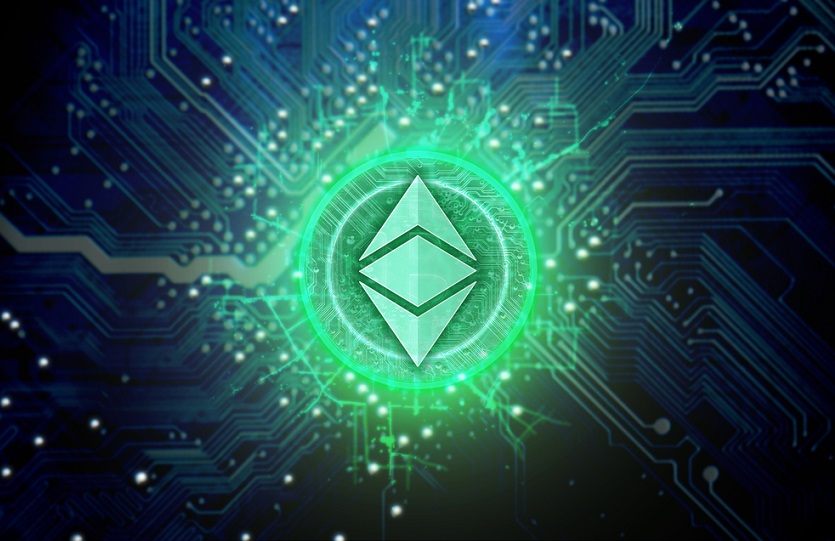 What Affect Did the Airdop Have on ETC Prices?

The announcement of this airdrop a few months ago originally led to a huge increase in the price of ETC, primarily by people wanting to get the free CLO tokens. However, in recent days, the price of ETC has fallen back a little bit (as of the writing of this article), and is now lower than it has been in a while.

There are a number of potential reasons for this drop. This drop could be because of the fact that Bittrex, which is one of the most popular and most notable exchanges on the planet, said they wouldn’t be able to support the drop. They blamed the development team for not giving them enough time to review the token. Also, it could be because now that interested parties have received their airdrop of CLO coins, they don’t want to invest in ETC any longer.

The drop in price was also a little bit evident before the airdrop, which could mean some people who weren’t interested in the free CLO coins were “selling high” on ETC to those who were interested in the freebies ahead of the airdrop at the 5,500,000th block. As with all markets, it is nearly impossible to pinpoint the exact reasoning for a dramatic increase or decrease in price of a currency, fiat or crypto.

Now that you have a good idea about what has taken place and why (and how it has affected the price of ETC), let’s take a closer look at the two cryptocurrencies involved with this specific airdrop.

Ethereum was first released in mid-2015 and had one of the biggest ICOs ever. However, disagreements within the Ethereum Foundation led to a fork. The agreements were largely about the DAO attack in which $50 million of ETH was stolen and lost forever.

The fork took place in late 2016 and saw the new tokens become “Ethereum” and the originals became known as “Ethereum Classic”. Users who owned ETH before the fork received the same amount of ETC, as is tradition for hard forks and/or airdrops. Those who weren’t in support of the fork wanted to stick with the original chain. Most of the big names in ETH moved on to the new chain, so when people stayed it was largely philosophical.

One of the main problems and gripes people have with ETC is a lack of backwards compatibility as they cannot access any of the updates done by ETH. While ETC has clearly been outperformed and holds much less value than the “new” Ethereum (which is the second biggest cryptocurrency on the planet), it is still among the top 20 coins and has a large number of supporters and investors.

CLO is the primary form of currency within a new blockchain called Callisto, which is based on Ethereum. The project was developed in order to test experimental protocols, and a variety of other solutions and other systems that will provide incentives for coin holders to use the platform. Developers of CLO believe that the use of increased and better use of smart contracts could be a huge benefit for ETC. They are also a little bit worried about the security of ETC as they haven’t directly dealt with the issues that caused the massive hack and theft during the DAO attack.

In conclusion, time will tell how the CLO/ETC airdrop has affected each of the currencies going forward. Airdrops are becoming more and more popular for blockchain start-ups and some are even forgoing ICOs in favor of airdrops. Don’t be shocked to see more airdrops like the one we talked about today throughout 2018 and beyond.