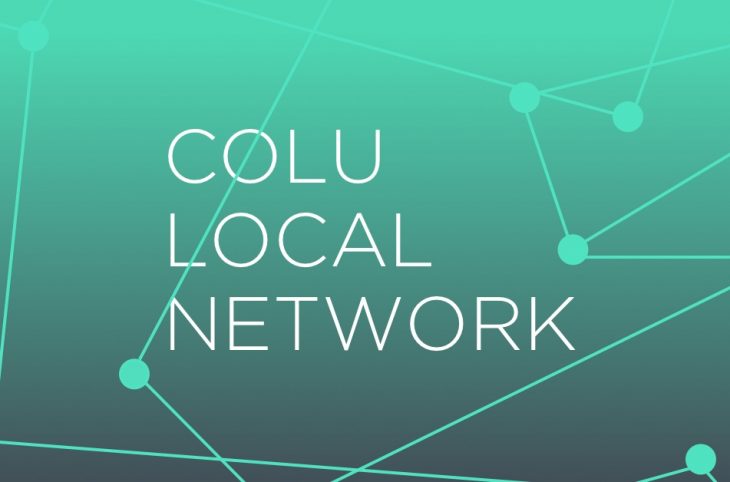 ‘An alternative to credit card companies’ is in bold across the top of the CLN website. This is a familiar rhetoric to those who have an interest in cryptocurrencies and ICO’s. Israeli company Colu is a company looking to change the way financial systems work within local communities, giving merchants and consumers an incentive to use their network by issuing a reward as a % of CLN tokens for each transaction made on the network. This alternative financial system is imagined by professor Dan Ariely, a well-respected behavioural economist and Chief Behavioural Officer at Colu, in this video.

The Colu Local Network will ‘allow communities to issue their own currency and use it to incentivise merchants and consumers for buying and selling locally with fiat.’

Colu are no new comers when it comes to blockchain technology. Even before the blockchain industry was called the blockchain industry, their founders were creating an open source platform designed to make using the blockchain easier for developers (coloured coins). They then built a digital wallet app where independent businesses accept and earn local currencies. This is currently in use in Tel Aviv, Haifa, Liverpool and East London. Following the ICO, the plan is to use the knowledge and experience gained from launching these communities to guide and assist affiliates in new communities (community administrators) to create and grow local cryptocurrencies in other locations, with the new business model of rewarding users of the network (transactions) with CLN tokens.

CLN token is an ERC20 token on the Ethereum network. Customers can easily share them between ETH wallets. Colu recommend MyEtherWallet to its users.

The CLN whitepaper is typical of a company that has been around for a few years before releasing a coin. There is so much detail and clearly years of hard work and thought, and a clear explanation of the business model and goals of the company.

The ICO has just passed the pre-sale phase, with the crowd sale starting on 14th February and lasting until 18th February. As mentioned, the company have already built an application and so a lot of the technology is already developed and ready for the CLN business model to be incorporated.

Colu have been very tight on compliance, with a long list of citizens unable to contribute (they are not even allowing investors from Israel to participate). Their whitepaper outlines that they do not recommend investors to buy as a speculation on price, rather that the tokens are digital assets/downloadable software comparable to digital music. The CLN tokens will, however, be liable to capital gains tax for merchants and consumers who are rewarded them in the future business model, as they are an asset which will fluctuate in value.

Many of the senior team members at Colu are from popular social trading platform Etoro. Amos Meiri (Colu CEO) was head of dealing at Etoro, and David Ring, who co founded Etoro, is also a co founder at Colu. The current CEO of Etoro, Yoni Assai, sits on Colu’s board. This high level experience in a successful finance company is a very good sign for investors looking at this ICO.

Some of the team members/board at Colu have been big players in the Blockchain space, and so within the industry there is excitement. The telegram group for the CLN, however, does not have as many members as other ICO’s one will come across.

The main risk here is that Colu, as other companies who release ICO’s do, are assuming that increased use on their network and expansion will lead to increase in the price of CLN token. This has not always proved to be the case with other projects. There is also, of course, regulation coming in to prevent the communities from having the financial freedoms that Colu is looking to facilitate.

The Colu team is experienced and have undergone countless dry runs to make sure their network is up to the task. The smart contract has been created and tested, and few problems have occurred thus far.

The platform will be one of the first to truly ‘bring cryptocurrency to the masses’, as consumers and merchants on their platform will be buying and selling in fiat, and being rewarded for doing so in local crypto. This will appeal to many, but without doubt will not be popular with all at the start.

They are using the Ethereum blockchain for their platform, so there is nothing amazingly innovative from a development point of view. The idea to let communities ‘create their own local crypto currencies’ is farfetched, and Colu will need to be innovative operationally to succeed (they have helped themselves here by hiring Jeremy Stein a month ago, as VP operations).

No minimum or maximum investment in crowd sale