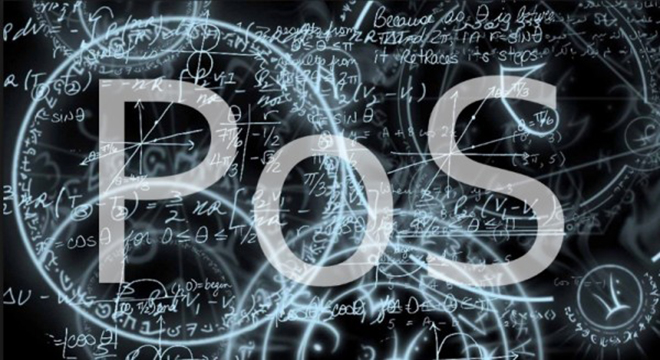 If there’s one thing that defines cryptocurrency its “mining”. Bitcoin and Ethereum enthusiasts discuss the implication of new difficulty increases, people complain of ASICs giving large corporate interests an unfair advantage and the views of miners are central to the ongoing scalability debate.

The problem is that while proof of work is very secure it’s not particularly efficient. There have been major transaction time and cost problems for both Ethereum and Bitcoin as their popularity has increased. This is called the scalability problem and it’s a very important discussion for cryptocurrency generally.

What is the scalability debate?

The problem essentially comes down to blocks. Each block is of a set size, once the block is “full” of transactions miners attempt to process it by solving complex equations. This means that as more transactions are placed on the network there are too many blocks and not enough miners. This effects of this are two-fold. Firstly, many transactions are left waiting to be processed and secondly the only way to ensure your transaction is processed quickly is to pay a fee to miners.

There are a number of proposed solutions to this problem. Some, such as the solution posed by Bitcoin Cash, simply suggest increasing the overall size of each block. This will theoretically allow for more transactions to be processed simultaneously and reduce the overall load on the network. Another solution, the one taken by Bitcoin, is to implement a solution that takes certain activities off the blockchain, reducing overall load. This is called Segregated Witness, or SegWit.

The problem with these solutions is that they don’t solve many of the core problems with blockchain mining. Proof of Work is incredibly energy intensive, in fact Bitcoin mining alone consumed more energy than all of Ireland in 2017. It also risks giving large mining groups an undue control over the ecosystem of the blockchain.

The most promising potential alternative is something called “proof of stake”

How does Proof of Stake work?

Proof of stake (PoS) is a very low-power alternative to Proof of Work consensus methods. Rather than using computers to solve complex equations users are able to use their cryptocurrency wallets in order to solve easier equations and thus reduce load on the network. A number of cryptocurrencies have already implemented this and others, like Ethreum are planning to implement a PoS consensus method.

PoS is basically an alternative way of verifying and validating transactions. The network picks a validator (the equivalent of a miner in PoW) based on the size and age of their stake. The problem that needs to be solved uses much less computer power than traditional PoW consensus methods. The validators need to lock up a portion of their cryptocurrency using a special transaction and are then able to collectively validate blocks.

A simple way to understand this is to think of Proof of Stake as something like a dividends. Users lock some of their cryptocurrency in order to maintain the network and in return are rewarded with a portion of all transaction fees, or new cryptocurrencies.

Which Cryptocurrencies use Proof of Stake?

Pure PoS systems are rare and there have been a variety of ways to implement this. Some, such as DASH, have opted to use a mixed system. This involves having one level of the network, the masternodes, use PoS while the rest of the network continues to use PoW.

Others, like NEO, have opted to use a variant on the PoS system. NEO has two tokens, NEO and GAS. GAS tokens are generated using a system known as the Delegated Byzantine Fault Tolerance (DBFT) consensus system. This is a fairly complex system that is best explained in the NEO documentation.

DBFT functons by a speaker issuing an order to the delegates (NEO holders). These delegates need to be able to achieve a 66% consensus on whether the order is valid or not. If a consensus cannot be reached then a new speaker is selected with a different view of the network and the order is repeated.

Cardano will be one of the first cryptocurrencies to use a pure PoS method. Cardano uses a new PoS method called Ouroboros. The protocol was built by IHK Chief Scientist Professor Aggelos Kiayias. Cardano’s team contend that Ouroboros is the only PoS protocol that has been mathematically shown to be provably secure. It is also the first to have gone through peer review.

The Ouroboros system is secure because the team have been able to create true randomness to the leader election process. They have implemented this using a secure, multiparty implementation of a coin-flipping protocol. You can find out more about their unique protocol in the video above.

Cardano uses a new proof of stake algorithm called Ouroboros, which determines how individual nodes reach consensus about the network. The algorithm is a crucial part of the infrastructure that supports the Ada cryptocurrency and is a major innovation in blockchain technology.

The Casper Protocol Could Lead to Widespread Proof of Stake Adoption

One of the talked about variants of the PoS  is Vlad Zamfir’s Casper Protocol. One of the big problems with PoS is preventing malicious users from abusing the network. The Casper protocol is designed to punish all malicious elements by removing a portion of their stake.

It works much in the same way to the DBFT protocol used by NEO. All validators stake a portion of their ether and are able to validate blocks by placing a “bet” on it. If the block is added to the network all validators will receive a reward proportionate to their bets. That being said if a validator acts in a malicious manner they will lose all of their stake. They will also lose their stake if their node goes offline without warning.

This punishment provides a discouragement for malicious elements and most importantly adds a cost to any network attacks. Users who are only validating correct blocks have nothing to fear and those who want to process malicious transactions now have something to lose, which acts as a deterrent.

What’s Wrong With Proof Of Work?

There are plenty of good reasons to replace PoW with PoS. The first is probably the most obvious. Cryptocurrency mining uses an extraordinary amount of electricity. This has two main impacts, the first is that it makes cryptocurrency environmentally unstable. In fact most of the power plants that provide the power necessary for Bitcoin are coal fired plants in China, which have a particularly big impact on the environment.

The second problem is that PoW has led to the rising dominance of larger mining groups based in locations with cheap energy. This undermines the “democracy” of the network and allows large mining pools or farms to have an undue amount of influence over the network at large.

Another problem is that as difficulty increases the rewards for mining are lowered. This means that as time goes on there are less miners on the network and the blockchain will become vulnerable to a 51% attack. This kind of attack occurs when when miner or mining pool control 51% or more of the network. This would theoretically allow them to process malicious transactions.

Why should we switch to Proof of Stake?

PoS is able to resolve most of these problems. Miners aren’t needed so much less electricity is required to resolve transactions. It would also be much more difficult for a single individual to gain control of the network as they would need to own 51% of the coins. By that point the ecosystem of the blockchain would likely be irreparably compromised anyway.

Despite its advantages there are some major barriers to implementing PoS consensus. The biggest is the initial distribution problem. With mined cryptocurrencies tokens are produced over time and people do not need to “stake” anything in order to create new tokens. This leaves a few options open. The most common approaches taken are “airdrops” where by the developers give away a number of tokens to kickstart the ecosystem and the other are Initial Coin Offerings, where people can buy a large number of tokens. Both these solutions require a certain number of coins be pre-mined and often result in networks that begin as a fairly centralized solution, as is the case with NEO and Cardano.

The other major problem is the “Nothing at Stake” dilemma. If there is nothing to lose why wouldn’t malicious actors attempt to attack the blockchain. This problem is neatly solved by both NEO and Casper.

The fact is that PoW has proven itself to be ineffective under strain. Yes there are methods that can be used to mitigate problems with PoW, such as SegWit or increasing block sizes, but they are little better than sticking plasters. If cryptocurrency is to become a truly sustainable alternative to fiat currency it needs to find a way to secure transactions without long processing times or energy intensive consensus methods.

Proof of Stake is far from perfect but it is currently the best candidate to overtake Proof of Work and projects like the Casper Protocol will likely lead to widespread uptake over the next few years.