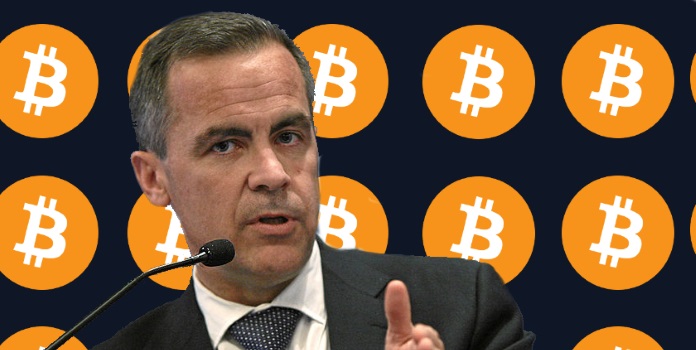 Today crypto-focused news sites reported on Mark Carney, a Financial Stability Board (FSB) chairman’s recent letter ahead of the G20 summit. His comments were painted in a favorable light, indicating that cryptocurrencies are not a threat to financial stability.

The problem is that is only half true. Mark Carney did state in his letter that bitcoin and other cryptocurrencies aren’t a threat, but only because they haven’t been adopted enough to influence the larger financial system. If cryptocurrencies are widely adopted and some behaviors don’t change, he warns that they could be an issue in the future.

The following quote that has been used by cryptocurrency outlets to paint Carney’s comments in a more positive light:

“The FSB’s initial assessment is that crypto-assets do not pose risks to global financial stability at this time. This is in part because they are small relative to the financial system”

That is the quote found in CoinDesk and usethebitcoins. Bitcoinist didn’t use that exact quote but did focus on the “pose no risk” portion of the quote for their headline.

While that is good news, suspiciously absent from all the articles was what Mark Carney said next.

“The market continues to evolve rapidly, however, and this initial assessment could change if crypto-assets were to become significantly more widely used or interconnected with the core of the regulated financial system. For example, wider use and greater interconnectedness could, if it occurred without material improvements in conduct, market integrity and cyber resilience, pose financial stability risks through confidence effects.”

Meaning, what Mark Carney said was less “Cryptos are fine” and more “Cryptos are insignificant, but we should watch them.” Which is a much less favorable view than has been portrayed by the bitcoin centric media.

Bloomberg, for its part, had a far more balanced look at Carney’s comments and included a headline that seems to be the exact opposite of what others said. “Growth of Crypto-Assets May Threaten Financial System, FSB Says”

It is hard not to wonder why the crypto news sites would leave out such a pertinent part of Carney’s letter. Immediately after the news, the Bitcoin price rebounded from its weekend low, gaining 10% and breaking the $8,000 mark once again.

We should stress, however, that the news is ultimately favorable to Bitcoin. With Japan, France and Germany pushing for G20 regulations on Cryptocurrencies, and China taking steps to limit their growth, there were fears that the international community would come down hard on Bitcoin.

But his comments about what may come when Cryptocurrency is more mainstream, shouldn’t be ignored. And exaggerating his comments, possibly to help booster what had been a falling Bitcoin price, is dangerous.

If by the next G20 conference, the FSB sees Cryptocurrency as mainstream, it’s likely that Carney will recommend regulations. And perhaps, in a hypothetical world where they have become mainstream, some regulation would be warranted.

The FSB Chairman was not kind to Cryptocurrencies. The reason he didn’t come down on cryptocurrencies was not because he thinks they wouldn’t be helpful. It was because he feels they have not had a significant impact on the world economy.

Being too small time for regulation is not much of a reason to celebrate.