Artificial intelligence, like blockchain technology, is one of the fastest growing fields in the technology industry today. They both have a ton of potential to revolutionize the world, but there are issues. For blockchain, the big issue is cultural, as in getting people used to the idea and understanding and using it. For AI, the big problem is the immense costs and maintenance of the hardware. However, this is to be expected with any new companies or technologies looking to disrupt a space.

Blockchain technology and cryptocurrencies have seen massive explosions of popularity over the last year or so, but not to be outdone, artificial intelligence has also been on the rise. From 2012 to 2016, there was an increase of over 500 AI start-ups across the world, with collective net investments worth billions.

While the two technologies are separate, yet related, there is a company and platform who is looking to bring them together to revolutionize computing. It is called DeepBrain Chain, and this article will take a closer look at what it is, its advantages and more. 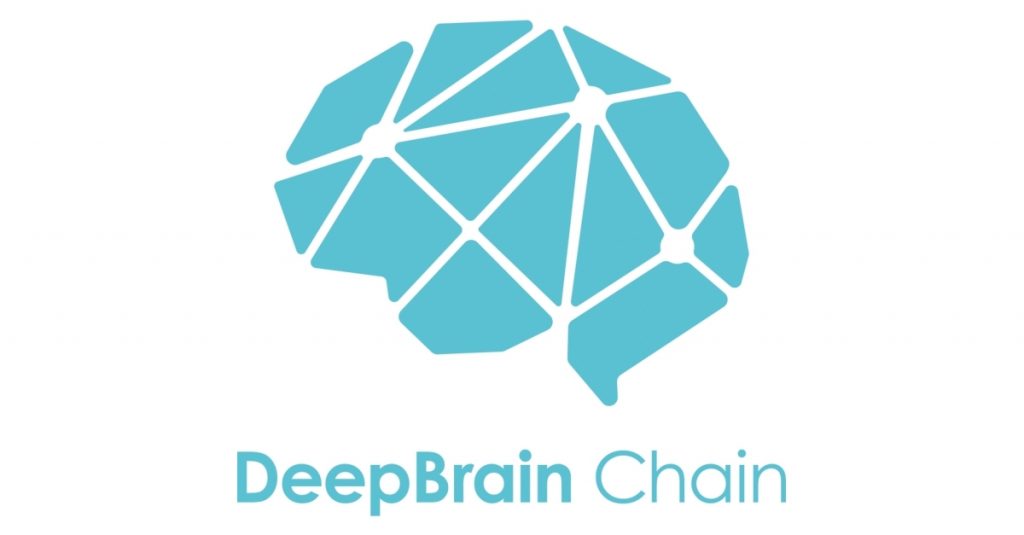 DeepBrain Chain has the vision of providing a private, secure, low-cost and flexible artificial intelligence computing platform for AI products. Leveraging blockchain technology, they developed a blockchain-based computing platform, as well as a number of complimentary products.

They use computing resources from people all over the world and combine them all in order to provide computational resources. They have the ultimate goal of providing AI companies with more affordable computational resources, which is one of their biggest expenses. According to the DeepBrain Chain whitepaper, 10-30% of an AI company’s budget is spent solely on hardware for additional computing power. DeepBrain claims they can cut that down by around 70%.

DeepBrain Chain is a completely decentralized neural network, and one day hopes to become the best and most secure data trading platform that will ensure neither party in the transaction will need to worry about data leakage. Blockchain technology is used to separate data ownership from data usage, which will make the data much more valuable.

So what are the advantages of DeepBrain compared to other computing platforms? Well, there are plenty, and we’ll now take a closer look at them.

DeepBrain can save AI companies a lot of money on computing power and hardware, which is one of their biggest expenses. This will help more companies be able to enter the space and save money to expand the reach and potential of AI and related technologies.

Because of the fact it uses a variety of different nodes from all over the world, DeepBrain is a very flexible platform. When the peak for computational demand occurs, the platform can adjust itself automatically to meet that demand by utilizing nodes that were not being used beforehand.

Like many decentralized platforms that utilize blockchain, security is a huge advantage. Even if some nodes of the DeepBrain Chain are attacked or compromised by a hacker, the other nodes will work as normal and the platform won’t suffer or slow down as a result.

DeepBrain Chain is the world’s very first AI computing platform that was built using blockchain technology. It is a new innovation at the crossroads of AI and cryptocurrencies, which is incredibly exciting and has the potential to change the world.

In order for this platform and ecosystem to work correctly, it requires a utility coin, which is called the DeepBrain Coin (also known as DBC). DBC is traded via smart contract based on NEO. Miners get paid in DBC for their work, and GAS (the operational token for powering the NEO blockchain) is how each AI company will pay to utilize the DeepBrain platform.

Some miners will also get paid in GAS, as DeepBrain Chain is also on the NEO platform. It is estimated that miners who help provide the computing power for DeepBrain will get paid 70% in DBC and the remaining 30% in GAS. There is a total circulation of 10 billion DBC, and the platform has their ICO back in December, and it raised a total of nearly $11.8 million dollars, which was their goal.

The utility of the token is one of the strong suits of the entire platform as it lets AI companies save money, while also rewarding miners in a suitable fashion. It really seems like the best of both worlds for everyone involved.

Pros and Cons of DeepBrain Chain

As with any platform in the space, there are some positives and negatives. In addition to the advantages we listed earlier, there are other positives about DeepBrain. One of the biggest strengths is that there are already more than 100 corporate clients and 20,000 users already using the platform. These include huge companies like Microsoft, Siemens, Samsung and more.

The timing for this product and platform is also great as the growth projections for AI are very promising, which means DeepBrain could become huge. Large VC players are involved in the investment, and there is a fairly strong social media buzz and following for the team as well.

However, no platform is perfect, especially not one that is in its relative infancy like DeepBrain. For example, there is a fair bit of competition in this growing and promising market as SingularityNET and Hanson robotics, namely Sophia, getting a lot of attention as well.

Another potential is the lack of blockchain experience from the team involved. Sure, the team is quality and impressive in their own right, but they lack the experience in the space that many other teams may have. Also, the communication from the team early on was subpar, which can be worrying to some potential investors. So while there are some issues, the potential alone for this product should excite people who are looking forward to the future of technology.

So while we mentioned the team at DeepBrain isn’t that experienced in blockchain technology, that doesn’t mean that they aren’t an impressive team who deserves a lot of praise for what they have done. The team is led by CEO Feng He, who has been working in the AI industry since 2012, where he helped develop China’s first voice assistant Smart 360.

Chang Su, the CTO of the company, is an expert in AI development who also has experience in big data, and also an impressive educational background. Chuangfeng Lee, like Feng He, helped develop Smart 360 as he led the marketing team and is now the CMO at DeepBrain Chain. Under the leadership, the team is made up of those with experience in development, engineering, business and of course, blockchain.

In conclusion, while DeepBrain and AI technology as a whole, are still in their infancy stages, they still have a ton of potential. If as many companies begin to use AI as many experts believe, platforms like DeepBrain and others could be incredibly valuable and popular.