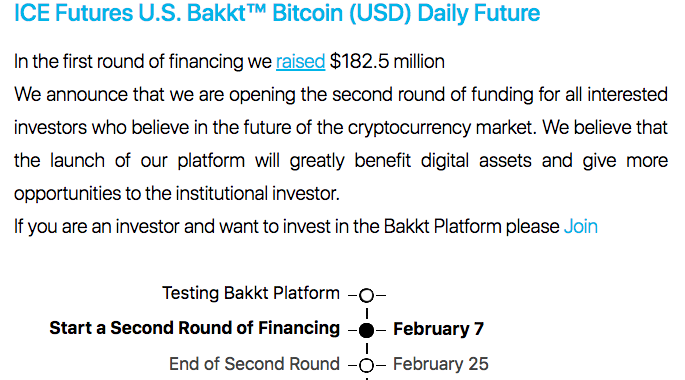 A new Bitcoin (BTC) scam website representing digital assets platform Bakkt has appeared on the internet, with its domain “bakktplatform.io” registered on Jan. 31.

The fake Bakkt website claims that the launch of the platform will take place on March 12, also offering investors a chance to participate in another funding round, accepting “investments” in Bitcoin.

Citing official data from the genuine Bakkt blog, the fake website mentions that the upcoming digital asset platform had raised $182.5 million in the end of 2018, and announced a second investment round for “all interested investors who believe in the future of the cryptocurrency market.” 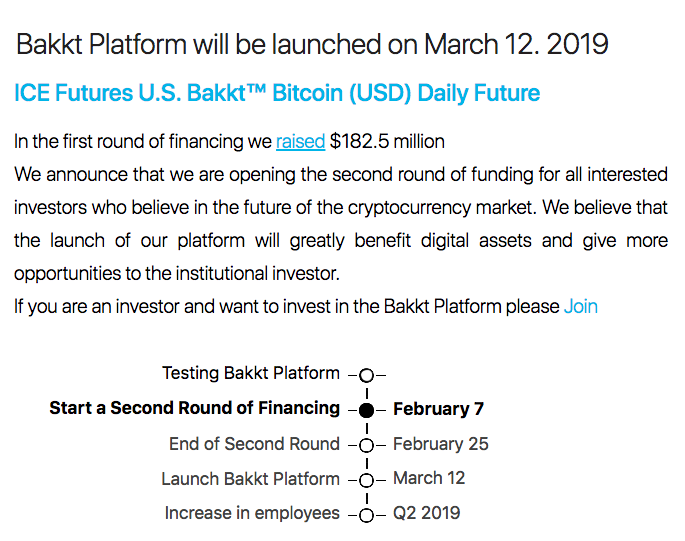 The new funding round, allegedly closing on Feb. 25, required just a name and email address to invest, and accepted Bitcoin only, providing a Bitcoin wallet address for “investment.”

The new scam has evidently failed, with the Bitcoin address querying for investments accounting for zero transactions as of press time.

Announced in August 2018 by the Intercontinental Exchange (ICE) — which operates 23 leading global exchanges including the the New York Stock Exchange (NYSE) — Bakkt previously targeted a launch in late January 2019.

As ICE reported on the last day of 2018, the company was planning to provide an updated launch timeline in early 2019, but has not yet done so.

In mid-January, Bakkt announced their first acquisition of certain assets in futures commission merchant Rosenthal Collins Group, noting however that they were slowing down operations amid the then-ongoing U.S. government shutdown, which may have caused a delay in gaining approval from regulators.

At press time, the fake Bakkt website is included in the warning list of MetaMask, a browser extension for the Ethereum (ETH) network, but is still available. Currently, the home page of the website offers a download of an .exe application that claims to be a free trial allowing a “single point of access” to all futures markets of Intercontinental Exchange’s (ICE).

Bakkt has not responded to a request for comment by press time.