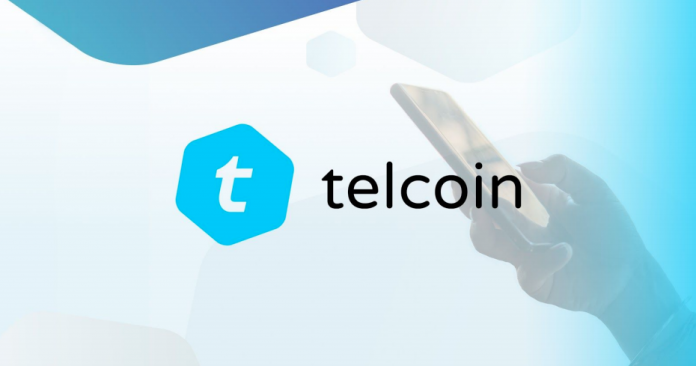 In life, we often take things for granted that seem normal to us. Despite how easy it is to get a bank account or utilize financial services in places like North America and Europe, that isn’t always the case. In fact, a large majority of the planet not only doesn’t have access to financial services like transferring money or using an ATM, but they hardly have any advisors to speak to about their financial concerns. This can make it hard to educate themselves, and thus, much of the world struggles with poverty and finances.

This is because, according to the World Bank, there are only 1.2 Billion bank accounts active on the planet today, which means most people out there don’t even have a bank account, let alone access to actual financial services that most of us take for granted. This can make it very hard for people to get ahead in life as having a bank and financial services is quite important in achieving success, or at least supporting a family.

On the contrary, the World Bank has said that there are about 5 billion mobile phones on the planet, which means there are nearly 5 times as many phones as there are bank accounts, which is a shocking statistic. A company that is looking to be a solution to this major issue of financial exclusion, by using all the mobile phones people already have, is Telcoin. This article will take a look at Telcoin, what their mission is, how they work and more.

As we briefly touched on, Telcoin is a company that is hoping to provide a solution to financial inclusion around the world, by using mobile phones. It will be a cryptocurrency that is distributed by mobile operators and will be available to be used everywhere and anywhere. It operates on the Ethereum blockchain and will be distributed by national telecom companies and be available to use and spend for anyone, anytime and anywhere. This will ensure that anyone with a phone have seamless access into the online economy, which for many people, will be the first time they have access to financial services and it will be a big help in their lives.

In addition to that, Telcoin is one of the first companies to bridge the gap and connect blockchain technology with telecom companies. Telcoin’s tokens will be able to be used for everything from online remittances to ecommerce and other sorts of transfers and payments. Their token is officially active, but is only a few months old as their ICO just ended a few months ago.

How Does Telcoin Work?

Now that you know a little bit about the company/token and what they are trying to accomplish, how are they doing it? Well, the model for Telcoin is actually quite simple. They will distribute the Telcoin to mobile networks, and those mobile networks and telecom companies will then sell it to their users. Initially, the team will be focused primarily on remittances. The remittance market in the modern day is dominated by large companies such as Western Union and others. These companies not only take a very long time to send remittance, but their fees can eat away a large portion of the money being sent, which hardly makes the transactions worth it in the first place. With Telcoin, it will be a much faster process and will also be quite a bit more affordable with less of a fee being imposed when compared to other leading companies in the space. This means those sending money back to their families or to the children going to school in a different country won’t be taken advantage of.

Once remittances are taken care of, Telcoin will begin to expand into offering other financial services and eventually, they hope to expand financial inclusion throughout the world by offering a simple, secure and safe mobile money solution. They want to make it possible to send payments, make transfers, and pay bills with only a cell phone and nothing else, which would allow billions of people access to finances that they have never experienced before in their lives.

By working with established telecom companies and trying to reach customers and users on their own, Telcoin has taken some of the risk out of their business. Of course, there is always some risk, but by Telcoin working with national telecoms, they already have the trust of the public, know their potential customers and have a wide reach. So they may have a better chance of succeeding than a similar company or platform that tries to go at it alone.

The Team at Telcoin

The team at Telcoin is led by Claude Eguienta (CEO and co-founder) and Paul Neuner (Chairman and co-founder). Eguienta has impressive experience in the cryptocurrency space and has been active in the digital space as well, as he helped found Kabotip and was an advisor at TenX.

Neuner has over a decade of experience in the telecom space and has founded a fraud management solution in the past. In addition to the strong leadership at the top, Telcoin has many other talented team members in the areas of development, marketing, business and many more. They bring decades and decades of collective experience and education to Telcoin. The advisory team working with Telcoin is also made up of a multitude of different experts in telecom, banking and technology.

In conclusion, Telcoin is an exciting and innovating idea in the blockchain technology space. They are one of the first to merge blockchain and mobile technology, which are two of the largest industries in digital today. Only time will tell if they are successful or not, but they are surely a welcomed and needed innovation in the space. Financial inclusion is incredibly important, and Telcoin could help millions of underbanked or unbanked people to finally have access to financial services. If you are interested in learning more about Telcoin, be sure to check out their whitepaper.