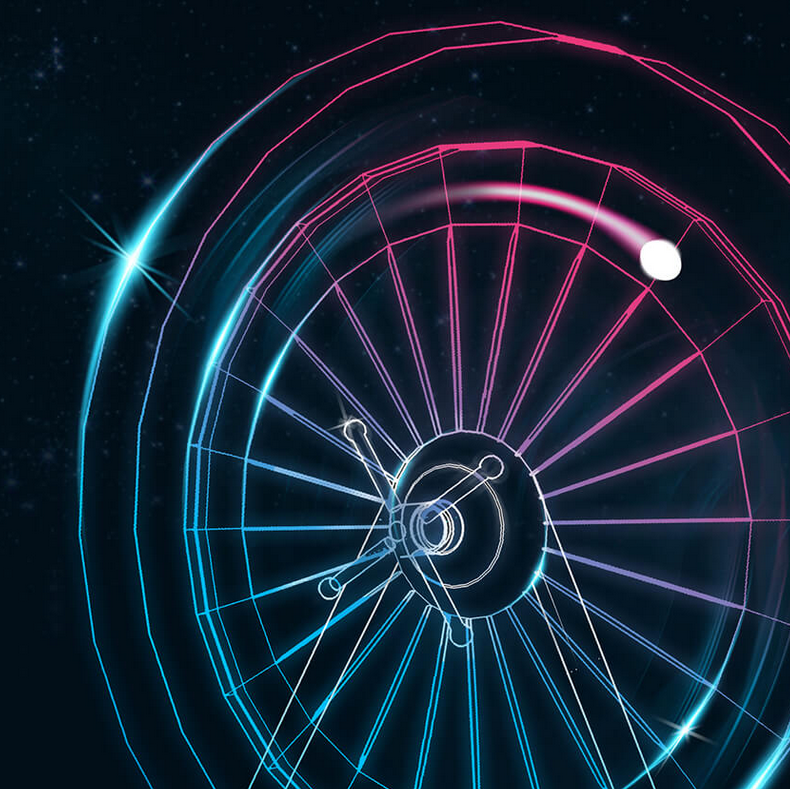 A number of cryptocurrencies have tried to make gambling fair but will FunFair be the one that finally succeeds?

Online gambling can seem very shady at times. Generally it is impossible to confirm whether the house has the funds to actually payout and the stakes are usually rigged against the gamblers in favor of the house. Even when players win it is still usually the house who see’s most of the payout through stacked odds or unreasonable high rakes. Blockchain technology offers a better way forward and FunFair’s white label solution could see more online gambling companies adopt smart contract powered games.

How can smart contracts help to make gambling fair?

One of the early examples of how smart contracts could be utilized was in making a “provably fair” casino. This doesn’t necessarily mean a casino where the user and the house have equal chances to win but rather that the users are able to verify what their chances of winning are simply by looking at the smart contract. The key is that smart contracts allow blockchain powered casinos to be transparent.

Smart contracts essentially work on If/then functions. A simple example of how it works might be in a dice game where if the user rolls higher than the house then the contract will pay them agreed funds. This neatly solves two of the biggest concerns surrounding online gambling. No third party is involved in payment and the funds are kept in a crypto equivalent of an escrow house, so the house can’t change the payout and users are able to verify that the house does indeed have the funds to afford the payout.

Casinos won’t be able to stop people having lucky streaks from playing and users will always know what rules they’re playing with. This doesn’t stop casinos generating profits for two reasons. The first is the “gambler’s ruin” fallacy, where a gambler with finite funds (player) will always lose against a gambler with infinite funds (the house) in a game with even odds of winning. The second is that many blockchain casinos actually very slightly stack the odds in their own favor, although nowhere to the extent that traditional online casinos do.

Smart contracts have the ability to help legitimize online gambling and Edgeless Casino was the first cryptocurrency casino to acquire a gambling license. This represents a huge opportunity for the gambling sector to legitimize itself in the eyes of regulators and the public by ensuring that everyone can confirm the odds of each game.

How do smart contract casinos work?

Smart contract casinos work by building a smart contract for each individual game and then building a graphical overlay through which users can interact with the game. Once predefined parameters are met the contract will activate and release the jackpot to winning users or give funds to the house. This not only facilitates instant payments but keeps a permanent record of the casinos activities on the blockchain. Users will be able to verify that the casino has been able to meet its commitments.

There have been a number of blockchain powered casinos over the last year, some of which are quite impressive in their capacity. One of the most interesting competitors to FunFair is the upcoming ICO TrueGame like its predecessors uses smart contracts to power games but they have taken great pains to create unique games that other platforms haven’t yet been able to offer. These include the crypto scratch cards and their bidding lottery, where users can bid for a chance to win gadgets and cash prizes.

Unlike Truegame, Edgeless Casino and other predecessors FunFair isn’t designed to be a casino in and of itself but rather a turnkey solution that allows anybody to set up their own online casino. Every aspect of the FunFair platform is powered by the FUN token and Ethereum’s blockchain technology is used to create a system that is fair, entertaining and secure for users and operators.

The games created by FunFair are the first 3D blockchain games that are created entirely using HTML5.  They offer many different kinds of games; with everything from video poker, to slots, craps and even 3D roulette. All powered using blockchain technology. A demo collection of their games are available on their website here. The decision to build games in HTML5 is a smart one because it allows for secure gaming across multiple platforms, including mobile devices. These games are available for any “operator” to use and apply their own themes and skins to and FunFair’s system is built with game developers in mind.

The most interesting part of FunFair’s set up is their solution to the slow game problem. Most blockchain casinos suffer from lag as they wait for miners to process the blockchain transactions. This is a problem that is only set to get worse as the Ethereum blockchain becomes more crowded and experiences further bottlenecks. FunFair offers a novel solution to this problem in the form of “Fate Channels”. At its core a Fate Channel is a state channel that supports custom messages between the FunFair client and server with the blockchain transactions only occurs at the end of the gaming session. FunFair believe that this solution could keep transaction times as low as 30 seconds before the user is able to cash out. This solution is particularly elegant because it not only facilitates faster gaming but allows FunFair to keep transactions to the minimum, thus saving on ETH.

The purpose of FunFair isn’t to host their own games but to act as a whitelabel solution for other casinos. This allows users to create their casinos and gameplay platforms and everything is powered by the FUN token. Unlike many ICOs the FUN token is absolutely essential to the function of the network and literally nothing would work without it.

The platform is particularly potent because it targets three key groups in the online gambling industry:

Operators: FunFair is attractive to operators because it provides a simple white label solution to setting up a blockchain based casino. It will also allow them to save money on servers and other costs associated with owning a web-based casino and build trust with their users through provably fair games.

Developers: One of the big selling points for FunFair is that it actively encourages developers to submit their games to the platform. They recieve FUN in exchange for their efforts and are able to instantly reach a global audience. Developers are also able to submit games where the front end is built in webGL, typescript or Javascript.

Players: For players FunFair is designed to be well, fun. It provides all of the benefits of blockchain gaming without the slow wait times; the platform is secure, fast and compatible with any modern web browser. Players will also be able to enjoy the games with the knowledge that casinos will always be able to pay them thanks to built-in smart contracts and escrow accounts.

By successfully targeting these three groups and meeting all of their needs FunFair has created a self-sustaining ecosystem. Players are rewarded for bringing more players to the game which in turn helps Casinos, therefore the FUN platform, prosper.

Is FUN a good investment?

What FUN lacks in first mover advantage it makes up for with quality. There might already be a number of blockchain casinos in existence but none offer anything as ambitious as FunFair and as things stand the FUN token appears to be very undersold when you consider the future potential that of the platform.

Other cryptocurrency have already seen moderate success despite persistent speed problems and the online gambling market is absolutely brimming with potential. The size of the online gambling market was $37.91 billion in 2015 and this is predicted to grow to a staggering $58.79 billion by 2020. FunFair believe that widespread adoption of their platform could actually lead to this market growing faster as users feel that they can trust an open smart contact system with provably fair games.

FunFair are also hoping that their focus on browser compatible games will give them an edge over competitors. Rather than being forced to download an app users will be able play FunFair games directly in their web browser for a more secure experience. This should also allow the games to run on any device, whether Windows, iOS, Android or even Linux, giving FUN a market reach that many of its competitors will be unable to match.

A big pull for investors is the fact that FUN is a naturally deflationary token. As tokens are burned in gaming transactions the number in circulation will continue to decrease, creating scarcity and increasing the value of remaining tokens over time. It is also less likely to be impacted by bottlenecks on the overworked Ethereum blockchain thanks to the Fate Channels.

As few cryptocurrencies are backed by anything physical their true value comes from the technology that powers them. In the case of FUN they have a white label turnkey solution to a very real problem in the online gambling industry. By offering something that appeals to players, Casinos and developers they have created a very potent offering. While we don’t like to speculate on the exact prices of cryptocurrency (we leave that to random Redditors and your friend at the local bar) it is feasible that FUN could increase to $0.50 by the end of the year thanks to its dedicated team, quality project and the fact that as things stand we believe that it is deeply undervalued.

The platform went on show at the ICE conference in London and seemed to receive a good reception. It’s still very early days but there is every chance that FUN could do well and it is certainly one to watch in 2018.