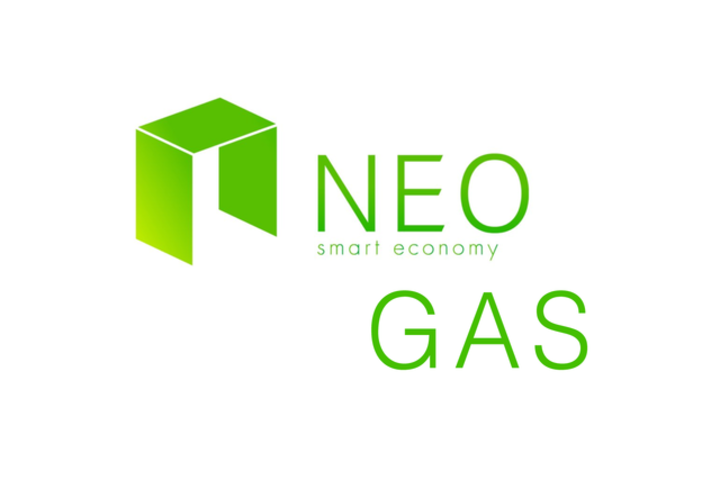 The term GAS and NEO get thrown around so much you may well think they’re interchangeable. They’re not, both GAS and NEO have very different purposes and both are useful investments

The chances are you’ve heard about NEO, often dubbed the Chinese Ethereum. Like its predecessor NEO is designed to act a smart contracts platform and has the lofty goal of trying to create the smart economy of the future. Unlike Ethereum NEO is actually comprised of two separate tokens, NEO and neoGAS (GAS).

Both of these cryptocurrencies are necessary to power the NEO network and form the basis of NEP-5, NEO’s answer to the Ethereum Dapp platform. So, what is GAS, how do you acquire it and what does it do?

What is the difference between NEO and GAS?

NEO is designed to be a two tier cryptocurrency. This is to allow the network to be more easily managed and to help implement the semi proof-of-stake system used by the NEO blockchain. The blockchain is powered by two different cryptocurrencies, NEO and neoGas. Both tokens have a supply cap of 100 million.

NEO tokens were all instamined during the creation event and every token that will ever exist is already created. These tokens are used for block creation, network management and consensus requirements. The only way that users can acquire NEO is through an exchange or by having someone transfer it into their NEO wallet. It is important to remember that NEO tokens can only be divisible by 1.

neoGAS tokens are generated using a process called proof-of-stake. As long as NEO coins are held, or staked, in a wallet then they will generate GAS tokens for their owner. This is similar to interest in a bank account. GAS tokens are designed to act as the fuel for the NEO blockchain. GAS tokens will be generated over time and in around 22 years there will be 100 million GAS in circulation. It is possible to divide GAS into units as small as 0.00000001.

The simplest way to understand the difference is that NEO is roughly the equivalent of owning shares in a company and neoGAS is something like dividends for owning those shares. GAS tokens are also essential for the creation of NEO smart contracts and anybody who wants to create a token using NEP-5 will have to pay a fee in GAS.

NEO is a fairly unique token in that you can not acquire either NEO or GAS by mining with a computer. This is because NEO uses a consensus method known as the  Delegated Byzantine Fault Tolerance (DBFT).

DBFT is a very complex system and if you want a full breakdown on how it works it would be best to take a look in the NEO documentation. In its simplest form it works like this; A NEO user can stake their balance in a wallet and is then able to vote on consensus nodes. A speaker node issues an order and then delegates (NEO holders) need to be able to achieve a 66% consensus or the block cannot be considered validated. If consensus cannot be reached then a node is considered dishonest (either damaged or malicious) and a new speaker with a different view of the network is selected and attempts to form consensus. This process continues until 66% of all nodes can agree that a block is correct.

The DBFT protocol is far less resource intensive than cryptocurrency mining and offers an efficient environmentally friendly way to quickly process NEO transactions. In order to encourage them to “stake” their balance users are offered GAS as a reward for participating in the DBFT protocol.

What is the best way to earn GAS?

The first step to acquiring GAS is to make sure that you have some NEO. The easiest way to do this is to first go to an exchange like Coinbase and then acquire some Bitcoin. Once you have some Bitcoin you’ll need to go to Binance and then exchange your Bitcoin for some NEO. One important thing to remember is that you will only receive your GAS via a wallet that you own, if you leave your NEO on an exchange then you are unlikely to receive any GAS. Instead you should keep your NEO in a private wallet.

There’s a few different choices out there but one of the best options is NEON wallet. This is a desktop wallet that works on any OS, even if you use Linux. The NEON wallet is a strong choice because it’s easy to use, doesn’t store your private keys on a server and most importantly allows you to automatically collect your GAS.

Unlike Ethereum, Bitcoin or even Decred there are no NEO mining pools or voting pools to speak of. neoGAS is generated through a gradually decaying algorithm but users don’t need to worry about difficulty levels or efficiency. All a user needs to do is put their NEO in a wallet and claim the neoGAS as it is generated. The only thing that influences how much GAS a user receives is the amount of NEO in your wallet. The more NEO you own the more GAS you acquire.

If you want to calculate your returns the best resource out there is NeoToGas. Simply enter the amount of NEO you own and it will tell you how much GAS you should receive. The amounts a user receives per NEO are small but scale quickly. For reference, to generate 1 GAS a year (around $43 USD a year) you would need to own at least 6 NEO (around $810), those figures look modest but that’s still a 5% return for basically doing nothing.

If you would prefer to acquire GAS directly then you will have to buy it on an exchange like Binance but keep in mind that you won’t receive any direct reward for holding a neoGAS token, arguably making it less valuable than holding NEO tokens.

What is the better investment, GAS or NEO?

There isn’t necessarily a reason to choose between GAS and NEO. NEO has the advantage of providing its investors with the closest thing to dividends in the cryptocurrency world. GAS has the advantage of still being somewhat undervalued, having a lower price of entry and being highly divisible.

In general NEO should be considered a long-term investment. If you can afford to purchase a large quantity of NEO and plan to keep it for long periods of time then it makes significantly more sense to purchase NEO and hold both your NEO and the GAS dividend. There are no startup or maintenance costs to NEO beyond the initial investment so unlike cryptocurrency mining there is no reason to immediately sell your GAS. This means that it makes sense to hold onto both your NEO tokens and the GAS tokens that they generate.

That being said there are good reasons to consider directly purchasing GAS instead of NEO. GAS tokens tend to be less expensive and are highly divisable, this makes them more attractive for cash strapped investors who can’t purchase enough NEO to make holding for GAS viable. Another good reason to chose GAS is if you only plan to hold NEO in the short term and make money through day trading. In these scenarios GAS is generally a more solid investment choice thanks to the fact that it is undersold and still fairly low value.

Another consideration for users wishing to make a short term investment into GAS are NEO ICOs. While the NEO ICO ecosystem is fairly small there has been growing interest in the platform. For example Narrative has decided to make the switch to NEO and it is likely that we will see more projects follow suit over the coming months, with many successful ICOs already being built directly for NEP-5.

This development is very significant for neoGAS holders and is probably the strongest argument for skipping NEO and going straight for GAS. In order to make a token for NEP-5 a project will have to spend around $25,000 in fees, paid for in neoGAS. If more startups begin to use the NEO blockchain to power their ICOs this will lead to a big increase in the demand for GAS and thus a pretty marked increase in the value of the token. This could be very useful for traders who want to hold GAS in the short-term and trade it into other assets.

At the end of the day neither NEO or GAS is strictly “better” than the other and in an ideal world you should absolutely be looking to hold both tokens. NEO is absolutely brimming with potential and is one of the better long term holds on the market, so it makes sense to hold the “full package”. If your resources are limited or you are only interested in short-term trading then GAS is still a viable investment option.

The important thing to remember is that the fate of NEO and neoGAS are intrinsically tied together and if one rises or falls in value then the other will quickly follow.