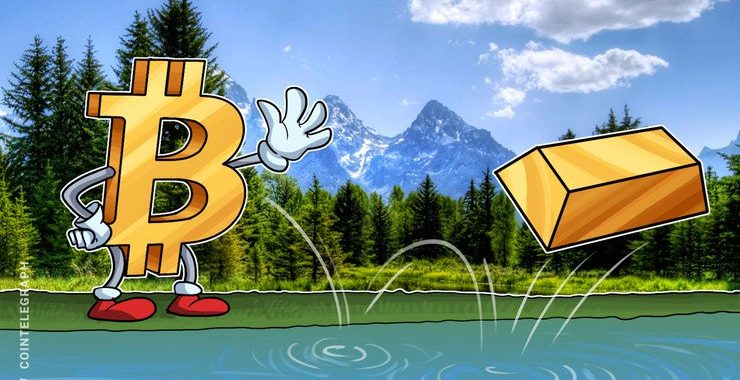 The Drop Gold campaign is based on the emergence of bitcoin as an alternative to gold investments. In particular, the advertising campaign is promoting bitcoin investment within Grayscale’s publicly traded Bitcoin Investment Trust (BIT), which started trading under the ticker GBTC back in 2015.

Grayscale’s pro-bitcoin advertisement includes a provocative commercial arguing that gold investors are living in the past. The commercial presents gold as an old-fashioned asset that weighs down investors’ portfolio, and contrasts it with bitcoin, the up-to-date digital world asset that is touted as being better in terms of speed, security and efficiency. The campaign also includes a branded website offering general information to educate investors about bitcoin.

According to the press release, Drop Gold ads are set to be run on social media and digital platforms, as well as on broadcast TV, targeting key demographics across major cities in the United States.

Barry Silbert, founder and CEO of Digital Currency Group and its subsidiary Grayscale Investments, outlined that there is a generational shift in the investment approach. According to Silbert, investments in gold will be reallocated to bitcoin as baby boomers start moving their wealth to a younger generation of investors.

He stated in the press release:

“The gold industry has done a fantastic job of marketing an overpriced metal, but Bitcoin has superior physical properties and market utility. I believe that Bitcoin will become the store-of-value for our digital age.”