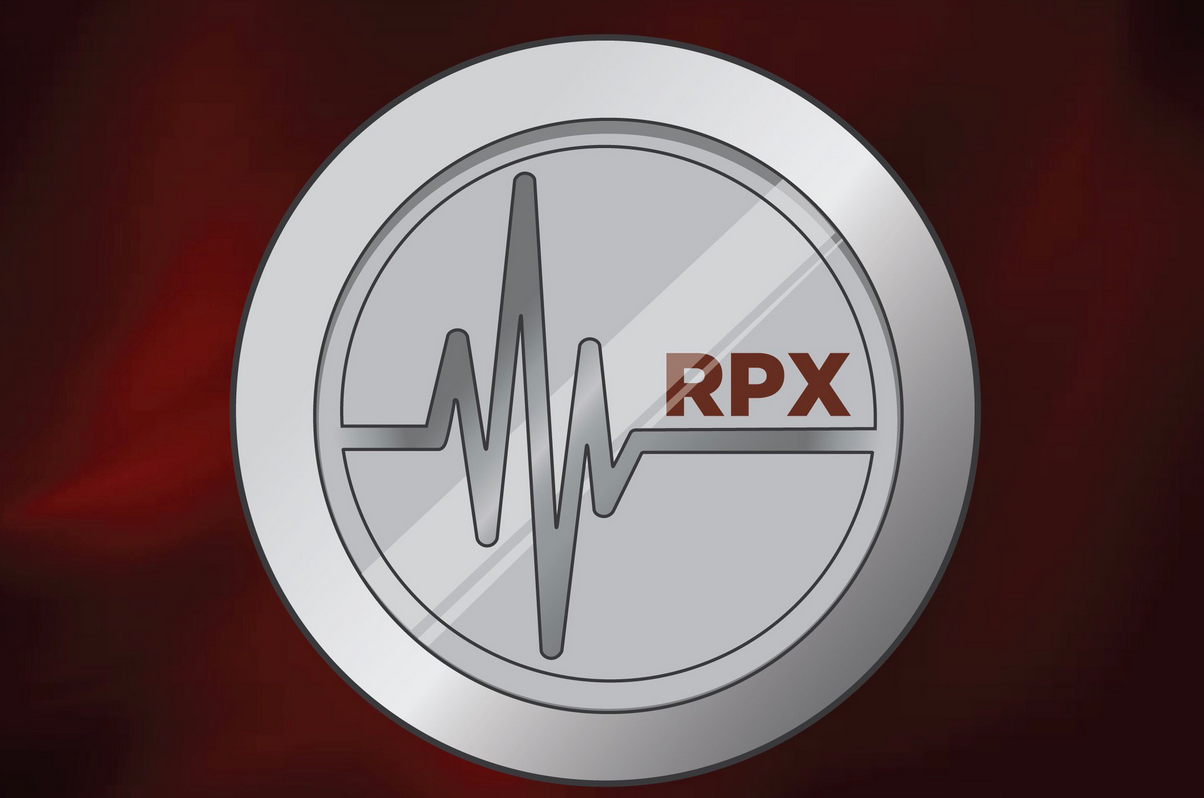 For a long time Ethereum has had a monopoly on ICOs through its powerful ERC20 tokens, Red Pulse is one of the first in a new generation of tokens powered by NEO’s NEP-5.

Initial coin offerings (ICOs) have become an important fundraising tool and an integral part of the blockchain ecosystem. This is mostly thanks to Ethereum’s ERC20 token which has helped entrepreneurs all over the world create blockchain solutions to real industry problems. Unfortunately the ERC20 token has been used to create some highly dubious projects and there has been little in the way of quality control.

NEO have been setting themselves up as a real competitor to Ethereum and are laying the foundations for their smart economy of the future. The cornerstone of this is their new smart contract platform, NEP-5 ,which promises to revolutionize the smart contract industry.

One of the main problems with ERC20 token offerings is the low barrier to entry. Users have to pay next to nothing in order to create a token and this makes it cost-effective for unscrupulous users to create either poor-quality or outright fraudulent ICOs. The most recent example was Prodeum whose founders took the money collected from their ICO and simply disappeared.

NEO offers a way to resolve this problem by raising the barrier to entry. All ICOs on the NEP-5 platform are obliged to pay a fee in GAS before they are able to create their token. The founders of Narrative cited this as one of the key reasons behind their decision to move from the ERC20 platform to NEP-5. It costs around $25,000 in fees to set up a new ICO using the NEP-5 platform. Any serious project should be able to raise the necessary funds in order to do this and it shows investors that the creator of any project on the NEP-5 platform is willing to put some of their own funds into creating the project. It also discourages projects who do not already have a working prototype or proof of concept from using the platform.

Another key advantage of NEP-5 is that it is compatible with a variety of programming languages. Anybody wishing to use ERC-20 will have to hire a developer who is skilled with the native Solidity coding language. This means that less people know how to create ERC20 tokens and importantly, fewer people are able analyze the coding and check whether it has flawed. This is arguably part of the reason that over 3,000 Ethereum smart contracts have been found to have major flaws.

NEP-5 tokens can be coded in most major programming languages, including Python and Java. This not only makes it more accessible than ERC20 but also makes any underlying coding easier for the general public to scrutinize the smart contracts and point out any potential flaws in the programming.

The NEP-5 platform is still relatively young and there are just a handful of projects compared to Ethereum’s thousands. In recent months some of these projects have been picking up steam and media attention. One of the earliest examples of a NEP-5 powered ICO is Red Pulse.

Red Pulse was the first token created for the NEP-5 platform. It is designed to act as a blockchain based content platform for the Chinese financial market. Users will be able to contribute information about Chinese markets and companies and recieve RPX (Red Pulse tokens) in exchange for their efforts. The ICO went live in October 2017 and within 2 hours had reached its hardcap, raising over 405,000 NEO tokens,

As the remarkably well written whitepaper states the aim of Red Pulse is to “solve the problem of information overload in the Chinese market”. They note that despite being the 2nd largest market in the world with the highest purchasing power the Chinese market is still notoriously complicated and difficult to invest in. There is a lot of information available but it is disparate and it is very hard for Chinese investors, let alone foreign ones, to discern high quality information from low quality.

Red Pulse seeks to solve this problem by using the RPX token to compensate researchers for useful or insightful information into Chinese markets. Researchers who offer better analysis or insights into the market will receive more up votes, which in turn results in them receiving a higher number of RPX tokens. The long term credibility of researchers will also pay a part in their RPX rewards. The platform will also allow consumers to post requests that will provide researchers with a guaranteed reward for their work. There is also a similar system from translators who are able to receive RPX for translating Chinese documents into English or Vice Versa. Better translations receive more up votes which in turn gives them higher RPX rewards.

Content consumers hold RPX tokens in order to increase their voting power and request specific research tasks. Users who hold more RPX have more voting power on the network and thus more influence over which researchers receive higher rewards. It is important to note that consumers from established financial institutions receive ten times the voting power per RPX compared to ordinary users.

The RPX supply is designed to increase by 10% every year although this number might change depending on existing supply. This is to ensure that there are always tokens in circulation to compensate creators who are using the platform. The RPX token primarily exists to act as a substitute for fiat currency and doesn’t really serve a purpose beyond that.

Does The Red Pulse Token Have Long Term Potential?

The long term goals of Red Pulse are to first establish themselves as an important source of information in the Chinese market and then look to expand themselves into other markets. The Chinese market alone has near limitless potential for Red Pulse given its enormous size and increasing importance globally. The beta of the platform is being rolled out in Q1 2018 with plans to release the completed version by 2018 Q3. These are of course subject to change and it is very possible that we won’t see a full release until 2019.

Red Pulse clearly has a lot of potential. It is often very expensive to order studies into specific markets or industries and it is very difficult to tell if what you have received is actually useful. By using crowd logic to curate content it is possible for them to push the most relevant analysis to the top and push anything that is low quality to the bottom. The platform is like a finance focused Steemit. There is a high demand for accurate, concise market research and Red Pulse is stepping into a market where there are very few direct competitors, particularly in China.

In terms of risks Red Pulse is actually doing fairly well. While it is subject to the same volatile market as all cryptocurrency tokens the Red Pulse team has taken steps to ensure that they are regulatory compliant. Despite being Chinese based they followed in NEO’s footsteps by banning Chinese citizens from participating in the ICO. This was to ensure that they did not fall foul of new regulations forbidding Chinese citizens from taking part in any ICO fundraisers. This move should help to shield them from undue scrutiny by the Chinese authorities and their close association with the NEO platform should prove their willingness to comply with local regulations.

We are honored $RPX was the first test token on the work in progress decentralized exchange at @SwitcheoNetwork another solid addition to the growing $NEO ecosystem. https://t.co/acrJTTgozt

Red Pulse has also proven themselves able to find listing on numerous exchanges. RPX is currently available on a huge number of exchanges, including the highly popular Binance and it is very easy to acquire. This is essential if their business model is to succeed in the long term as users will need to be able to buy RPX in order to participate in their platform. One important step in the future for the Red Pulse team will be to facilitate RPX and fiat pairings, in order to make it easier for cryptocurrency novices to acquire RPX.

In the short term investors should view Red Pulse tokens as an investment in the idea or platform rather than a utility token. A reasonable plan would be to either acquire RPX with the intention of flipping it when a bull market arises or to purchase it is a long term hold that you will be able to sell once the RPX market has matured to a point where the cryptocurrency has largely increased in value.

Important factors to look out for will be the release of the beta and then the full release of the platform. The hype surrounding the releases will most likely spark a short but very sharp bull market followed by a rapid correction period as the token attempts to find its “true” value. A savvy investor may be able to sell on that rise for maximum profits, however this is a risky gamble and it is very possible that a mistimed sell will result in a lower return than expected.

For NEO enthusiasts RPX holds a significant symbolic importance. The token is the first ICO ever released on the NEO platform. Its success could well help to encourage more promising ICOs to seriously consider NEP-5 as a real alternative to ERC-20. Conversely the failure of the token could adversely impact the growth of the NEP-5 platform.

For the moment Red Pulse serves as proof that the NEO platform can be successfully used as a fundraising tool and NEO evangelists will be hoping for RPXs continued success.

This does not constitute investment advice, please always conduct your own due diligence before investing, remember that cryptocurrency is a particularly volatile commodity and that your  capital is at risk