While there is no doubting that 2017 was the year of the blockchain, it is not the only technological innovation that took off. While the Internet of Things (IoT) has been around for a while, it is quickly becoming a part of everyone’s lives. IoT essentially refers to how various pieces of technology we use connect with and share data with one another. Examples of this could be controlling your lights with an app on your smartphone or using your phone to connect to a smart speaker or virtual assistant.

As the IoT continues to grow and expand, we have an inherent and increased need for interoperability. Also, sharing resources from technology to technology becomes very important. A platform that is looking to become the backbone for the explosion in the IOT space is IOTA.

IOTA is a foundation and organization that has created a next-gen publically distributed ledger that is all about securely selling and storing data streams in a B2B manner. It can help to facilitate data sharing and connection/communication between various different technologies. This ledger can provide instant transactions with zero fees, which is a far cry from other blockchain-based platforms or organizations, who are often seeing an increase in fees with more usage.

While most of the articles on this site focus on companies or coins who are blockchain-based, IOTA is different. Instead, they are utilizing a brand new and innovative invention called The Tangle. This article will dive into everything about this innovation, as well as many other things about IOTA such as features, the team involved and the coin itself, of course.

Introduction to the Tangle and The Features of IOTA

The main innovation of IOTA and the thing everyone is talking about is the Tangle. The Tangle is what IOTA uses instead of the blockchain and is a new data structure based off of a Direct Acyclic Graph (DAG). A DAG is a data structure that moves in one direction, instead of looping back on itself.

So how exactly is the Tangle different from blockchain? Well, there are actually quite a few reasons. The first has to do with how IOTA makes transactions and how it achieves consensus. Instead of miners (which is the tactic most cryptocurrencies use), each participant in the network has to actively participate in the consensus in order to make transactions.

They do this by approving two past transactions, which will be a computation that takes place behind the scenes and doesn’t use much computing power at all. This is great as it not only helps the platform to run smoothly, but also means that IOTA is truly decentralized as there are no miners.

As blockchains grow and get bigger, they can become congested, but that won’t be a problem with IOTA as they feature built-in scalability with the participants themselves doing the work. The more transactions being made, the more approvals of past transactions take place. Also, because the participants themselves are doing the work to approve transactions and reach consensus, IOTA doesn’t have transaction fees, which is a big selling point for this altcoin vs. many of the others out there. If you want to learn more about the Tangle and all the details and numbers, be sure to check out the IOTA whitepaper.

In addition to the Tangle, their high scalability and the no-fee model, IOTA boasts several other features and benefits which include: 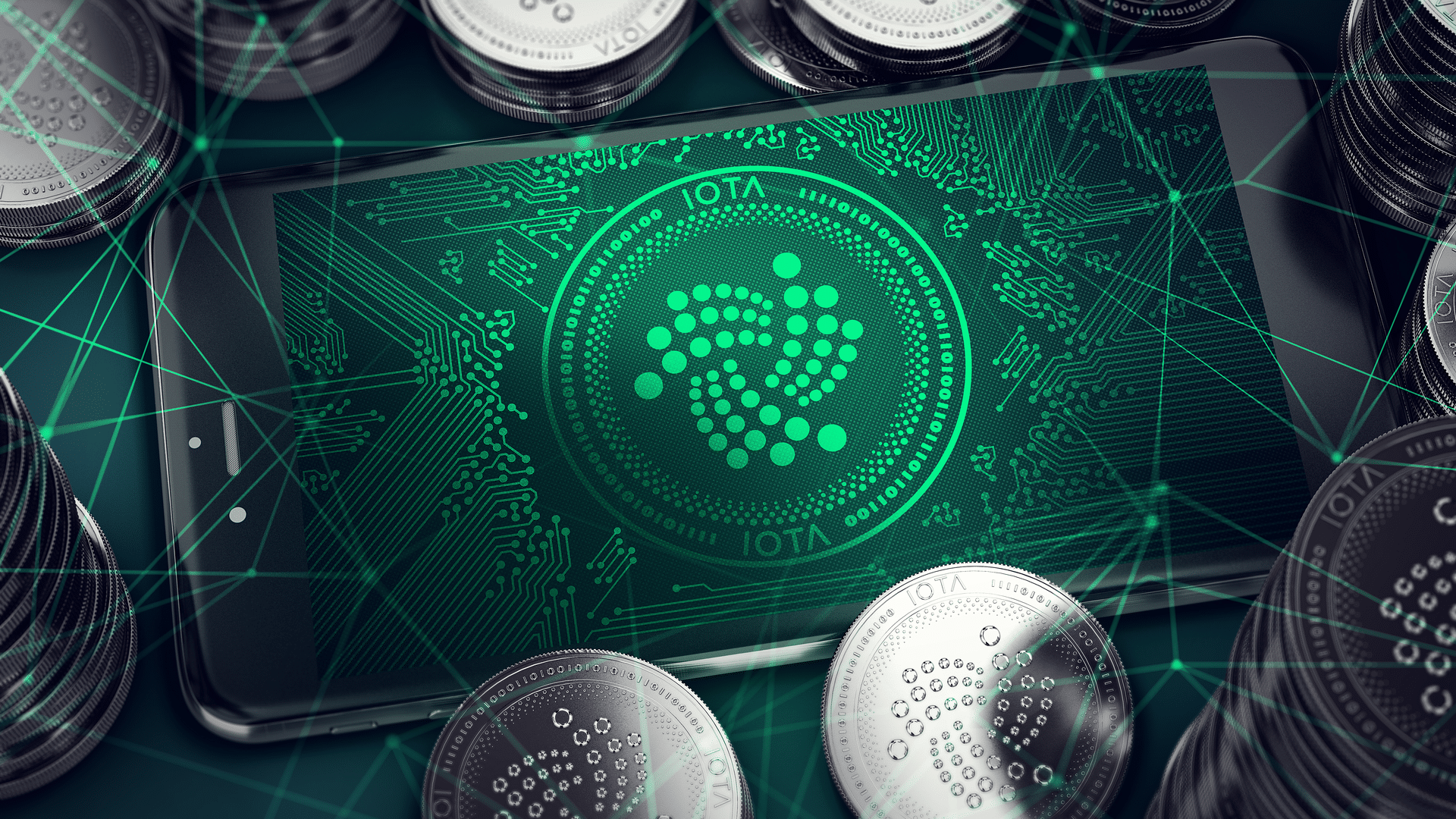 While a lot of cryptocurrencies have begun to pop up in the last 12 months or so, IOTA coin can actually be considered a veteran in the space as their ICO was held back in late 2015. They raised over $400,000 USD in their ICO. While that seems low by some of the standards we see today, it was quite a lot for the time. ICOs were fairly rare back in 2015 and many considered them a very risky investment. However, IOTA has come a long way and currently has a market cap of over $4 Billion USD.

The IOTA coin doesn’t have a ton of utility now (as there are no fees to pay for sending transactions), but as the foundation grows and IOTA keeps expanding, there is a good chance that some utility will be created for the token in addition to simply being a part of IOTA.

It could one day be used as a currency for both human to human and machine to machine. There is also a limited supply of the token, so they will become more valuable as they are used more and their price rises. Investing in IOTA is largely for the long term and whether you invest will fall on whether you believe they will be successful or will fail, just like any other investment.

With such an innovative idea and some lofty goals, you need a good team behind it to give it the best chance of success. Thankfully, that is exactly what IOTA has. Their founders are all interested and experienced in the crypto space and have involved and interested in it for years.

The team is also made up of many talented developers and people from a variety of different backgrounds such as design, research, mathematics and more. While the team is young, they are experienced in their own right and are passionate and hungry to make this massive innovation in IOT a success.

In conclusion, IOTA has the potential to truly change and revolutionize the space. If it’s successful, it could make various other currencies useless and usher in a new era of technology based on the Tangle or a similar data structure.

Of course, no cryptocurrency is perfect and IOTA definitely still faces criticisms by some, especially those who believe blockchain is the future. Also, there are a lot of question marks that people have about the technology as it is still in its general infancy. Either way, it will be exciting to see how IOTA continues to grow and if they truly do revolutionize the industry like they are hoping to do, or if their risks do not pay off.

How Red Pulse Could Kickstart The Future of NEO Powered ICOs