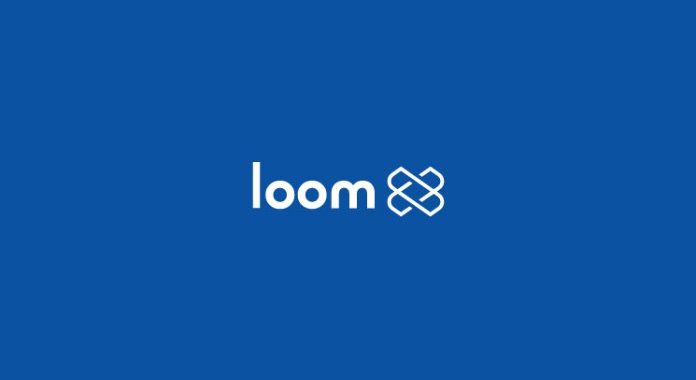 You don’t need us to tell you that blockchain technology has exploded recently. Many different coins and companies have been created over the last year or so. This is great, but most of them have been in the finance industry, and many industries have been left unaffected as of right now. That makes sense, but blockchain has potential uses far beyond the world of finance.

One company that is showing off the wide range of uses for blockchain is the Loom Network. This article will look at the Loom Network, why it is important, what it can be used for and more.

The Scalability Issues with Ethereum

However, before looking at Loom, let’s look at the scalability issues that are plaguing Ethereum. Processing transactions and hosting apps isn’t very scalable on Ethereum at the moment and as a result, several companies have said they have plans to release technologies and platforms that can help. If one gets a lot of support, it could mean a ton of money and users for the platform

But while some companies are a few months away from deployment, a little-known company called the Loom Network has released their own scaling solution for apps, essentially leapfrogging the competition. If they are picked up and begin to get more users, they could become one of the biggest complimentary technologies for Ethereum.

Now that you are aware of the scalability issues with Ethereum, and how Loom can be of assistance, let’s take a closer look at the platform itself. As mentioned, there is a lot more to blockchain technology than just making financial transactions more affordable and quicker than before.

The Loom Network is a company and platform that is focusing primarily on creating blockchain-based games and applications, as well as being a network for developers to create their own games and apps as well. Loom can build games that simply cannot be built without blockchain as they will contain provably scarce items, tradable tokens, worlds that go on forever and universes that span multiple different games.

As for applications, Loom is helping build social applications that aren’t reliant on or driven by advertising. These social apps can be monetizable, expandable and have a minimization of trust. Both the apps and the games are completely scalable, as well.

This entire platform largely revolves around DAppchains. For those unfamiliar, DAppchains are fully-features blockchains that were created and built to run parallel to Ethereum Smart Contracts. They are like a very advanced version of an Ethereum sidechain, but instead of being optimized for financial transactions, they are largely used for scaling data.

Using the Loom SDK, the users and developers of Loom are able to generate and create your very own DAppchains, complete with consensus to support custom transactions like creating accounts, voting and posting various messages. A Loom DApp is more than just a standard DApp, as it is essentially a real blockchain complete with features like it being scalable, forkable and 100% trustable.

In the future, Loom is aiming to support thousands of different DApps and games, each which will have their own sidechains. In addition to DelegateCall, Loom has also released CryptoZombies (which helps teaches you how to code in a fun game).

While there are no guarantees that they will even be successful (let alone support thousands of apps and games), Loom is definitely among the most interesting and a different breed compared to most blockchain platforms out there.

As you would expect from a blockchain based company, Loom Network has their own token. The token (which is also called Loom), is used by developers to make their DApps and add security and power as they see fit. The Loom token is also like a “lifetime membership card” to all of the DApps running on the Loom network.

While they may eventually add more tiers in the future that would require more than one coin, as of the writing of this article, you only need a single token (which costs around $2) to gain access to these apps, which is a pretty good deal.

Also, the Loom token provides a brand new way for DApps based on Ethereum to be incentivized, which would be a great way to attract interest from users and developers alike.

The Team at Loom Network

An ambitious and innovative project like this can only come from a dedicated and talented team. The team at Loom Network is led by their three co-founders James Duffy, Luke Zhang and Matthew Campbell. Duffy has founded multiple different successful companies in the past and has worked as a developer for many years. Zhang has nearly a decade of development experience with numerous large companies, and Campbell has been working in the space for nearly two decades and has experience in programming, engineering and technical architecture.

In addition to their three founders, Loom Network has dozens of other team members who specialize in industries such as development, design, marketing and more.

While the Loom Network is still a new and relatively little-known company, they have lofty goals and could potentially have a huge impact on mobile games and social apps going forward. They have already deployed a product that could be a scaling solution for Ethereum, which is much more than many bigger and older companies have been able to say. So while they are a work in progress and not perfect, there is a lot of potential here and you should definitely watch out for them.

What is NEP-5 and How Does it Work?