Many years ago, sending and receiving money was a bit of a hassle. If you tried to send money overseas, it could take forever and would hardly be worth it due to all the fees and other drawbacks. While it is now possible to send money, electronically, around the world, these services still leave a lot to be desired. While they are of course more convenient than past options, there are still some issues.

First of all, these money transfers can still cost an arm and a leg. For example, if you send $100, and have to pay $30 in fees, that doesn’t make a lot of sense. Also, even these modern-day methods still can take days, or even weeks, for the recipient to get their money. While this is fine in some occasions, many people want their transfers to go through faster and easier.

Well one company and app have decided to change the game and revolutionize how we make and receive digital money transfers. The company is called Metal and their app is called MetalPay. This article will look at the app, how it works, the Metal team and so much more. 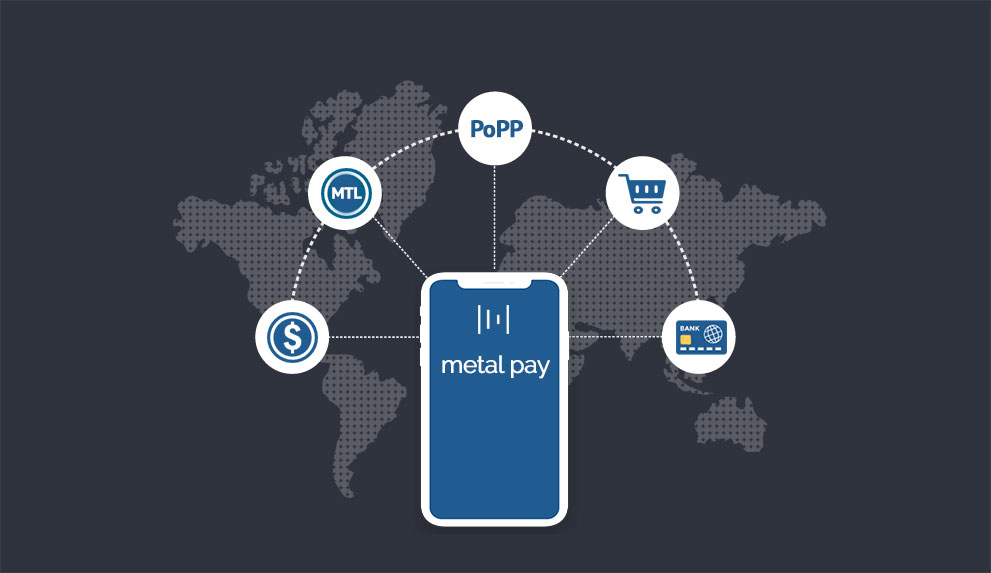 MetalPay is essentially a completely secure network that lets you transfer money to anyone, no matter where they are located on the planet. In addition to that, all you need to use the service is a phone number. MetalPay is designed to be a quicker, cheaper and more convenient alternative to the traditional methods that exist today.

In addition to being a simply better option for sending money anywhere in the world, the MetalPay app actually lets you earn Metal (the utility coin/token for the app and company) every single time you send or receive money. MetalPay was created by a company called Metal, and is one of their apps. We will briefly talk about another later in the article.

The MetalPay app is built around Metal, which is the company’s cryptocurrency. Like most other cryptocurrencies, it can be bought, sold, traded and held for a variety of other crypto assets or fiat currency.

However, one thing very cool about MTL is that users of the MetalPay app will actually earn MTL with each and every transaction they make. This is unique as the app is essentially gamified, which could encourage more people to use the app as it comes with an inherent reward for users. Also, people will be attracted to this platform as it is integrated with a variety of different types of banking platforms, so you can link your Metal account to your bank account. This will help the adoption problem that many crypto platforms are experiencing. As of the writing of this article, the MTL token has a total market cap of nearly $40 million, so it is doing quite well.

The way the app and platform works is quite simple. Like a standard mobile payment transaction app, you are easily able to send and/or receive money from anyone quickly, affordably and without trouble. However, MetalPay also allows its users to make money, in the form of MTL.

See, every time that you send, spend or receive money (whether crypto or fiat) with the app, you can receive up to 5% of that amount in MTL, for both you and the other party. Once you have this MTL, you can either trade it, hold it, or sell it. So in addition to making a simpler and more streamline mobile payment option, they are also helping ease people into using and understanding cryptocurrencies. They are encouraging people to become involved by not only providing free bonuses, but also by giving them a platform/app that brings together both crypto and fiat assets.

The app also makes it simple to track your money and lays everything out in a clear, simple and colourful way. Everything about the app is aimed at making crypto feel less intimidating and more accommodating, which goes a very long way when it comes to get more users.

If you want to learn more about the inner workings of Metalpay and more of the technical features and aspects, as well as so much more, be sure to check out their whitepaper, as well.

The Team at Metal

Behind every good platform and app is a solid team, and Metalpay is no different. Development on the app began back in 2016 in San Francisco. The team is led by CEO Marshall Hayner, who has a history as a serial entrepreneur and is also a blockchain enthusiast. He believes in changing the world through the use of technology, and that is exactly what he is trying to do with Metalpay.

After Hayner, the team is made up of several other industry experts with dozens of years of experience in blockchain, technology, finance and more. 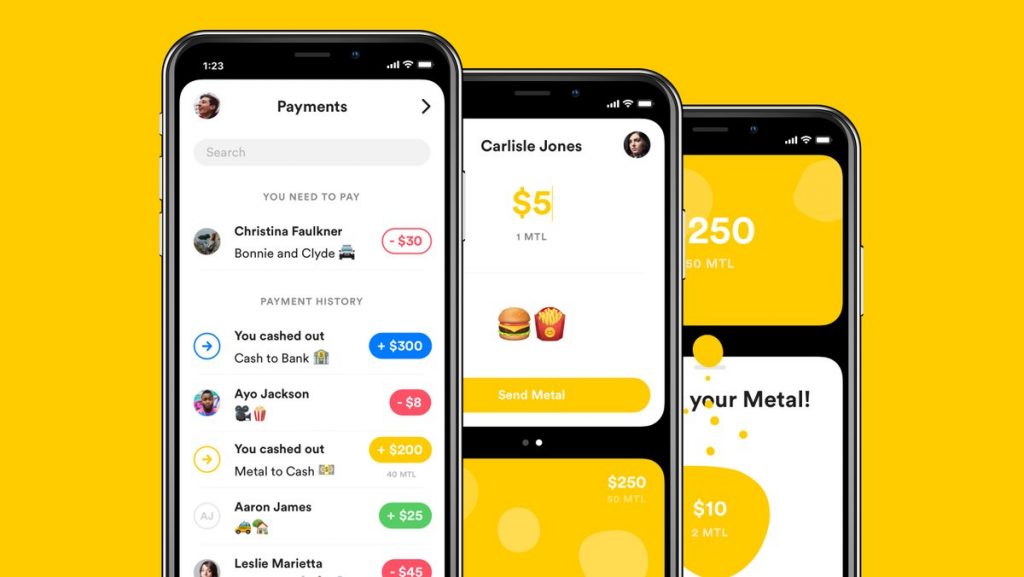 In addition to MetalPay, the team at Metal has another application which is called Metal Vault. Metal Vault is a web wallet for MTL, Ethereum, Bitcoin and other ERC20 tokens. However, it is not just a place to store a variety of different coins, they also have some plans to add bank accounts to the Vault. There is a lot of potential with the vault, and it was their first app, so don’t be shocked if they add even more to it in the future.

While their product is good and everything is in order for Metal and their Metalpay app to be successful, they aren’t alone in this race for mobile payment platform supremacy. There are dozens of different platforms or apps that want to become the leader in the industry such as Venmo and Paypal. However, because of their crypto connection and the fact that users make money while using MetalPay, many would say it gives them a leg up on the competition.

In conclusion, Metal could be the future of the digital transfer. Not only is it a faster and cheaper method than what is available today, it also is more efficient and easy to use and navigate. Add in the fact that users get to make some MLT every time they complete a transaction, and you have all the makings of a platform/app that could be a big success.