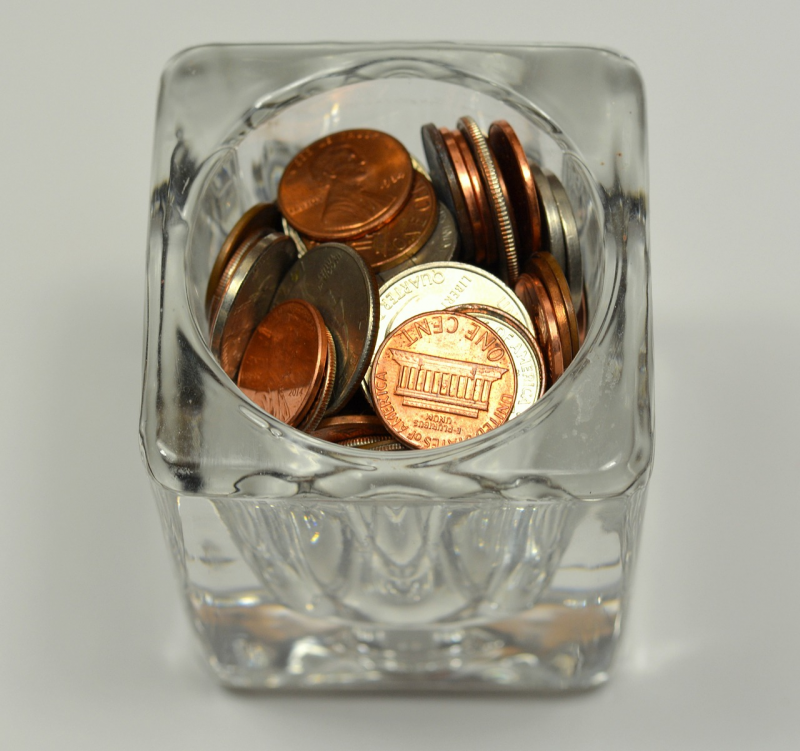 The returns on Bitcoin have been absolutely astonishing but it’s not too late, low value penny crypto offer a second chance to profit from the next wave of cryptocurrency.

After Bitcoin’s meteoric rise in late 2017 many people are kicking themselves for “missing the boat”, if you’re one of them you can stop now. It might be too late to get in on Bitcoin but there are still plenty of opportunities to profit in the second wave of new cryptocurrencies. These penny cryptos are low value coins that can sometimes cost less than a dollar per token.

These low value tokens usually belong to newer or lesser known cryptocurrencies and they represent a huge opportunity for savvy investors. Despite their potential these kinds of cryptocurrencies also come with risks and the key is figuring out which cryptocurrencies will grow and which will languish. It’s important to get in before the surge, you won’t make anywhere near as much by chasing the market.

Verge is a textbook example of the potential penny crypto offers

Generally penny cryptocurrencies have a higher potential to go up in value than larger players like Bitcoin or Ethereum. This is because of points of resistance. It is far easier for a cryptocurrency to go from $0.01 to $0.10 than it is to go from $100 to $1000, even though the percentage rise is the same.

One of the best examples of this phenomenon is the rise of Verge. At time of publication Verge has offered its early a backers a breathtaking 414% return on their initial investment within a year. If you had invested just $20 in Verge you’d have $102 now. How did Verge see such big breakthroughs?

Verge falls into the same category as privacy coins like Monero and Pivx and Zcash. The team behind Verge want to make blockchain technology accessible to the everyday user and also give ordinary users access to powerful privacy tools that will allow them to shield their transactions from prying eyes. One of the most interesting features is the Wraith protocol that obfuscates the users IP addresses and blockchain transactions by using Tor and stealth addresses.

The technology that powers Verge is the reason that the cryptocurrency has had staying power but it is not the reason that it surged so suddenly. That was almost entirely down to hype. One of cryptocurrency’s biggest problems, particularly in late 2017, was and is the level of influence hype has over market prices. If a cryptocurrency begins trending on social media its price will often inflate beyond all logic, as was seen with TRON. In the case of Verge the tipping point came in the form of a tweet from John Mcafee.

I am inundated by people asking me for recommendations on cryptocurrencies. If you would use your heads you would figure out that the privacy coins (anonymous transactions) will have the greatest future. Coins like Monero (XMR), Verge (XVG), or Zcash (ZEC) cannot lose.

The day of John Mcafee’s tweet Verge experienced a 100% price increase. He even went on to refer to it as “the best buy”. There were rumours that Mcafee had suggested Verge could go as high at $15 but he later denied these claims, stating that the currency had been “pumped beyond all reason”.

I recommended Verge when it was less than a penny – saying it might rise 100% to two pennies. The price has been wrongly pumped beyond reason by referencing fake Twitter accounts and Instagrams which I have never had and then I am diss’d when I point out the fraud. Please stop.

Despite Mcafee’s concerns and a slight drop Verge has stabilized at around $0.06 and this still gives it plenty of room to rise. Verge is an interesting example because it demonstrates how promising technology, not just hype, is what will give a cryptocurrency any staying power in the market. This brings us to one of the biggest problem with low-value cryptocurrencies, pump and dump schemes.

Pump and Dump Schemes represent a significant problem for investors

Penny cryptos are unfortunately particularly vulnerable to pump and dump schemes. At this point the scammers are so well organised that they have turned the practice into a well oiled machine. The premise is simple, a group of people will get together and agree to buy a small value coin. They will all then go onto social media and promote that coin in any way they can. The aim is to build up hype and excitement and inflate the value to an agreed point. Once the coin has hit that value, say $20, they will then orchestrate a carefully timed sell off. The entire group will then scramble to sell as quickly as possible and reap the rewards of their work.

These schemes are incredibly suspect and in the rest of the finance world are highly illegal. The problem has become so acute that US regulators are issuing warnings to investors. Avoiding these schemes can be tricky because large parts of the crypto community can be fairly evangelical about their choices and its difficult to tell the passionate from the scammers. That being said there are some warning signs.

The first thing to remember is that staying power is always down to the technology. Very few cryptocurrencies are backed by any physical assets so any intrinsic value they have is entirely down to the tech that powers them. Take your time, read the whitepaper and do your due diligence. If the white paper is weak or the idea seems unnecessary don’t make the purchase, it’s probably a bad one.

Another thing to watch out for is a previously unknown coin suddenly trending on social media. If you see something all over reddit and twitter you don’t let fear of missing out drive you into making a bad decision. The scammers want people to chase the rise and to push the value up beyond all logic. If it seems too good to be true it almost certainly is.

Picking the right coins is all about patience

Picking the right penny crypto is difficult. You will be looking at coins that haven’t yet been covered by media and haven’t gained much traction yet on Reddit and other social media. You also need to make sure you have bought your tokens before any significant price rises. There a couple of approaches to this.

The first is to spread your bets out, back a series of smaller cryptocurrencies with $20-40 and just wait and see. There is a chance nothing will come of it but you’re theoretically increasing your opportunity by ensuring you are “there” in case of an unexpected rise. Your potential returns are lower but you have more chances to pick the correct currency.

The other strategy is far more involved. You need to take your time and investigate each promising coin you find. This can involve hours of due diligence as you pour over white papers, investigate teams and conduct private market research. If you find a promising coin or ICO you can then invest far larger amounts in smaller more promising cryptocurrencies. This approach is riskier and more time consuming but offers the best potential returns.

Whatever approach you take will involve a great deal of patience. It was three years before Verge saw any real upwards moment. These long waits will be less common now that the cryptocurrency market has matured but you should be looking in the long term if you want to really profit from penny crypto. If the technology is solid then the longer you wait the more likely you are to see real returns on your investment.

If you’re careful to avoid pump and dump schemes and you make sure that you really understand the technology powering your chosen cryptocurrency you are setting yourself up to profit from the next wave of cryptocurrency.