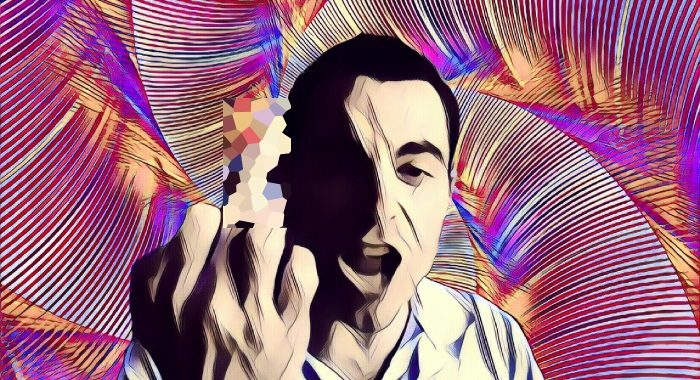 Without a doubt, Roger Ver is the most controversial person in the cryptocurrency space today. Once known as the “Bitcoin Jesus” he was one of the early advocates for the cryptocurrency. He runs memorydealers.com, which was the first commercial site to accept bitcoin for payment. He invested in projects, took part in documentaries and generally pushed Bitcoin as hard and furiously as he could.

Today, Bitcoin fans are more likely to call him “Bitcoin Judas” rather than Jesus. That is because he was the primary driver of the Bitcoin Cash fork, which split the community over the blocksize debate. Furthermore, he has been insisting that Bitcoin Cash is the actual Bitcoin and that Bitcoin Core (which is commonly known as “Bitcoin”) is just a “Science project with raspberry Pis”.

This was put on display earlier this week when Ver, while engaged in a debate with Samson Mow at the Deconomy debate.

This, understandably, has angered Bitcoin Core supporters. And while Ver insists that his coin more closely follows Satoshi’s original vision, that ignores the “longest chain” rule that the founder set out in the white paper.

The idea being that if malicious miners tried to take over bitcoin by submitting false transactions or some other method and it split the chain, there would be more honorable miners than malicious miners who are working in concert with each other. Therefore, the honest miners would have the longest chain and that chain would be the correct one.

With Bitcoin Cash, that group wasn’t exactly malicious miners attempting to replace the current chain, but they are trying to enact new rules on the rest of the community. Less than 50% of the community went with him. So, while he is free to argue that Bitcoin Cash is better than Bitcoin, I don’t understand how he feels Bitcoin Cash IS Bitcoin. He doesn’t have the longest chain and so his attempt to rebrand his fork as Bitcoin feels like a hostile takeover. I don’t know if what Ver is doing can be compared to a 51% attack, but to the more than 50% of users and miners who didn’t join him, it feels malicious.

And that, ultimately, is what has pissed off the community so much. It is what has turned one of the most beloved Bitcoin advocates into one of its most hated rivals.

At the Deconomy conference is Seoul earlier this week, Ver laid the deaths of babies at the feet of Core supporters. His argument was that by keeping blocksizes small, the Core developers slowed cryptocurrency adoption and babies died due to the lack of increased financial freedom.

Those hyperbolic claims are obviously disingenuous. Bitcoin Cash is no more prepared than Bitcoin Core to be used by the third world. To use either you need a computer or at least, a smart phone. More important, you need access to merchants that sell food for the digital currency. You need some way to earn that cryptocurrency. If it was only the high fees of Bitcoin Core circa 2017 that was preventing the third world from using crypto, surely, they would have quickly found an alternative like Bitcoin Cash.

But they didn’t because there are a lot more hurdles for crypto before it reaches that critical mass. The high fees of Bitcoin Core in late 2017 is only a small part of it. The infrastructure simply is not in place.

But he does have some points. And I think it is important for the Bitcoin community to keep those points in mind.

During the debate, he ascribed a few things to Mow, that he never advocated for. (He did say something similar to Bitcoin  shouldn’t be used by people who make less than $2 a day, but explained that he meant until the technology was ready) But those opinions have been said by others and they are concerning.

Bitcoins fees were too high in 2017. To say otherwise is patently ridiculous. Anyone who says Bitcoin isn’t for people who make $2 a day isn’t someone who shares my vision of the crypto revolution. Limiting it to only the people who can afford it isn’t a good way to reach mass adoption. It isn’t just about people who make under $2 a day, the fees in 2017 were far too expensive for the average person to use.

People are going to use what they know works unless there is an overwhelming advantage to using something else. The argument is that Bitcoin is best used as a “store of value” which was one of several things bitcoin was supposed to be a few years ago. Limiting it to only that is not a path to success. With high fees, it wouldn’t even be a good store of value. Ver argued that the high fees would bring the price down which would make it a weak store of value but that isn’t the real problem.

Eventually, with only one use, Bitcoin would find its price equilibrium and wouldn’t consistently lose value.  But if fees are high and it cost $20, $40 to use that value, it’s a worse value proposition for the average user than a bank. Sure, there are other advantages to using a cryptocurrency than the cost associated with it, but money talks. People can drum up fear about bank runs, stock market crashes and hyper inflation all they want. They may eventually be proven right. But the average person isn’t going to change the way they are doing something unless they see the advantage in front of them.

And showing them the advantage of cryptocurrencies doesn’t begin with exorbitant fees. Imagine if sending an email cost even 20 cents in 1994. Sure, that’d be cheaper than sending a letter in some cases, but it wouldn’t have been enough to convince people to ditch the post office. They wouldn’t have gone out, bought a computer, a modem and purchased an ISP so they could send a letter for 10 cents less. And that’s with email having multiple other advantages over snail mail, like speed and convenience. Bitcoin doesn’t have those advantages except in very specific circumstances like oversea transactions.

Again, none of those issues should be laid at the feet of Ver’s debate opponent Mow. His company is working on the Lightening Network, with the goal of fixing the fee issue.

Which is why, despite my complaints about fees above, I have not become a Bitcoin Cash convert. I have faith that second layer networks can be built on top of the Bitcoin blockchain to lower fees. That, and Ver’s childish behavior doesn’t instill much confidence in me.

But he certainly has his supporters. And they are vehement about their belief that Bitcoin Cash will become the world’s dominant currency. If the Lightening Network catches on and fees are low, then I don’t see that happening. Despite the down tick in use and merchant adoption, Bitcoin still has a significant lead in both categories.

But if for some reason it doesn’t work, the answer won’t be to ignore the world who can’t or simply don’t want to pay $20 anytime they move some money around. Because Roger Ver won’t ignore them. He may have become Bitcoin Judas to some, but he is still Bitcoin Jesus to thousands of people and he will be happy to add millions of more.