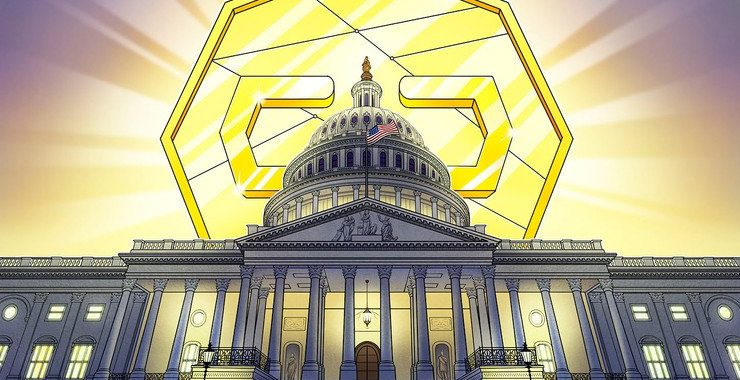 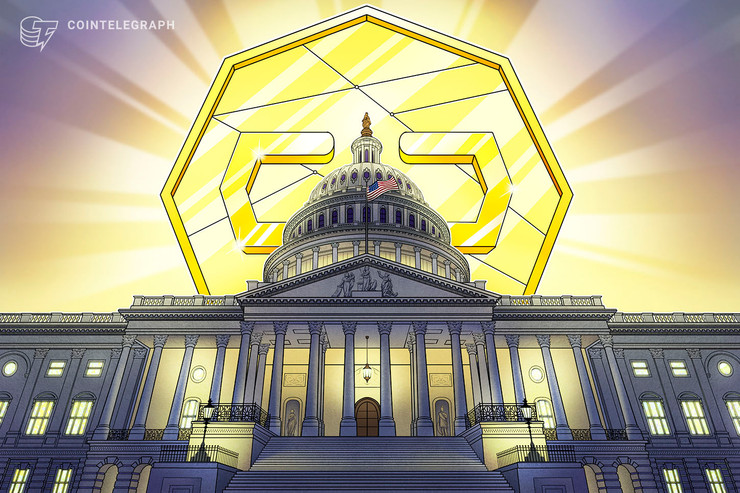 Following a year that has seen unprecedented interactions between United States legislators and the crypto industry, Cointelegraph has compiled a roster of congresspeople who have established stances and policies for blockchain and cryptocurrency that will shape the future of the industry within the country.

Some of the congresspeople listed are bullish on blockchain, while some have established clear opposition to topics like Facebook’s Libra or other cryptocurrencies, but Cointelegraph believes that all of them are worth watching in 2020.

As ranking member of the Fintech Task Force as well as holding positions within the Blockchain Caucus and the House Financial Services Committee, Rep. Emmer has established a clear interest in encouraging comprehensive regulation for crypto.

Emmer has been particularly engaged in the process of providing clear rules on cryptocurrency taxation. His proposed Safe Harbor bill aims to protect crypto owners from pursuit by the Internal Revenue Service for failure to correctly report assets owned on blockchains that have experienced a hard fork. More recently, Emmer and seven other representatives (two of which are listed below) sent a letter to the commissioner of the IRS asking to clarify similar issues for taxpayers following the agency’s October guidance to crypto holders.

Rep. Davidson is a notable ally of the crypto community. He is one of two authors of the Token Taxonomy Act, which he reintroduced in April. The bill came in good time, as its precepts could end up determining which regulatory agency handles Facebook’s Libra, the white paper for which was released in June.

In addition to his work pressing forward with a coherent classification system for tokens, Davidson also holds a seat on the Fintech Task Force and is vocal at congressional hearings on his faith in blockchain’s ability to mitigate risks to data privacy.

Alongside Davidson, Rep. Soto co-authored and co-sponsored the Token Taxonomy Act. In January, he was also named a co-chair of the Congressional Blockchain Caucus. In his position, he has advocated keeping regulation of most cryptocurrencies within the purview of the Commodities Futures Trading Commission rather than the more demanding Securities Exchange Commission. In January, he also introduced two resolutions seeking to examine virtual currency markets for fairness and competitiveness.

Soto has displayed a broader interest in regulating emerging technologies with promise for the economy. The same month he joined the Blockchain Caucus, he introduced a bill for managing the impact of artificial intelligence on the workforce.

A surprise addition to the list, Rep. Gosar had little notable interaction with the crypto sphere until his Dec. 19 introduction of a discussion draft of the Crypto-Currency Act of 2020.

Like the older Token Taxonomy Act, the current draft of Gosar’s bill seeks to establish a comprehensive means of defining different digital assets, but this one proposes three classifications: crypto commodities, crypto currencies and crypto securities. Each would face a different regulatory program. Despite this being Gosar’s first legislative addition into the space, the move has positioned him as a person of interest for everyone watching crypto legislation in 2020.

If this list seems heavy on the House of Representatives, it’s only fair. Not only are there far more representatives than senators — currently, 435 to 100 — but representatives face re-election every two years compared to six for senators, making the House the more dynamic body of the two. Consequently, changes in technology generally receive more attention from representatives, who can be more reactive to new issues and have more incentive to distinguish themselves from their colleagues.

That said, Senator Catherine Cortez Masto is a notable figure in crypto legislation. She is the author of the FIND Trafficking Act that requires the Comptroller General of the U.S. to conduct a comprehensive study on dark web marketplaces and use of crypto in drug sales and human trafficking, the responsibility for which is currently with the Senate Banking Committee, on which Cortez Masto holds a seat.

From her position on the Banking Committee, Cortez Masto has proven to be a singularly positive voice during hearings on blockchain-related affairs. At one hearing back in August 2018, she said, “I do believe we are at the dawn of a new age with the potential for blockchain technology and we cannot squander it.” She doubled down on the sentiment at a hearing featuring cryptocurrency experts in July, stating:

“It’s a platform that has the ability to transform so many sectors of this country from, what we are talking about right now — the financial sector, to the energy sector, to healthcare records, to everything. I think there’s potential here and it’s not going to go away. It is something we will have to address because if we, as a country, do not lead in this technology, China or some other country is going to do so.”

Not all congresspeople to watch for are crypto advocates. Representative Brad Sherman sits on the same House Financial Services Committee as many of the other politicians on this list, but he distinguishes himself by his resolute opposition to cryptocurrency as a whole, making him a figure worth keeping an eye on, especially given his new position as chair of the Subcommittee on Investor Protection.

In May, Sherman called for a comprehensive ban on crypto, saying:

“An awful lot of our international power stems from the fact that the dollar is the standard unit of international finance and transactions […] it is the announced purpose of the supporters of cryptocurrencies to take that power away from us.”

Hearings before the Financial Services Committee on the subject of Facebook’s proposed Libra stablecoin did nothing to placate Sherman, who doubled down on his opposition to crypto by tweeting that “Mark Zuckerberg is sending a Friend Request to Oligarchs, Drug Dealers, Human Traffickers, and Terrorists.”

As Chairwoman of the House Financial Services Committee, Rep. Maxine Waters wields broad powers over the process of legislating the financial world. It was her request for a moratorium on Libra’s development back in June that set the scene for a summer of hearings (one with David Marcus and another with Mark Zuckerberg) on the subject, all of which happened under Waters’ purview.

Chairwoman Waters has a reputation for her opposition to crypto, which makes her something of a boogieman to the crypto community, given her status in Congress. Despite her unequivocal suspicion for Libra, however, Waters is responsible for legislation such as the United States Export Finance Agency Act of 2019. Introduced three days after Waters’ call for a moratorium on Libra, the bill includes provisions to explore blockchain as a means of streamlining exporter operations, complicating her relationship to the space.

Senator Todd Young is most notable for his authorship of the Blockchain Promotion Act of 2019. A similar bill appeared in the House Energy and Commerce Committee under the auspices of Representative Doris Matsui, but the Senate version earns Young top billing for two reasons. Firstly, there is much less legislative action in blockchain from the Senate side, and secondly, Young’s version in the Senate has already been met with a round of revisions and gotten a place on the legislative calendar. In the House, the bill remains in committee.

The basic push of the Blockchain Promotion Act is, in its own words, “to establish a working group to recommend to Congress a definition of blockchain technology.” Such a working group would ideally streamline future legislation on the subject. Upon introducing the bill, Young tweeted:

“Blockchain is the bedrock of modern cryptocurrencies and could have a huge impact in nonfinancial industries like supply chain management, cybersecurity, AI & healthcare. I just intro’d a bill to ensure the U.S. is at the forefront of this technology”

A former particle physicist, theatrical lighting entrepreneur and likely the only blockchain programmer in Congress, Representative Bill Foster has consistently brought unique technical expertise to the conversation on legislating cryptocurrencies.

Moreover, Foster holds a seat on the Congressional Blockchain Caucus, was another co-signatory to the recent letter to the IRS, and, alongside Rep. French Hill, wrote a letter to the Federal Reserve inquiring on the prospects for a digital dollar.

While Senator Mike Crapo has not been particularly active in drafting legislation to regulate cryptocurrencies, this year saw him thrust into the spotlight, largely thanks to his role as Chairman of the Senate Banking Committee. Alongside ranking member Sherrod Brown, Crapo took center stage during hearings on blockchain throughout this summer. Unlike Brown, he seemed invested in supporting the U.S.’s initiative in the field.

At a July hearing before the Banking Committee featuring three experts on blockchain and crypto, Crapo commented:

“I want the U.S. to stay at the forefront of this technology, which both has incredible potential and incredible risk.”

Crapo’s concerns about innovation were also reflected in his commentary following the hearing with David Marcus on Libra. Facebook, for one, clearly saw Crapo’s favor as essential. Just weeks after the hearing, the social media giant hired a former staffer from Crapo’s office as a lobbyist for Libra.

Another dark horse on this list, Representative Sylvia Garcia had remained fairly quiet on the crypto front until he authored a draft bill on managed stablecoins, which appeared on the eve of Mark Zuckerberg’s appearance before the House Financial Services Committee and was later introduced at the end of November.

While certainly less comprehensive than Davidson and Soto’s Token Taxonomy Act or Gosar’s Crypto-Currency Act, Garcia’s Managed Stablecoins are Securities Act of 2019 incorporates the familiar classification that would leave managed stablecoins under the purview of the Securities and Exchange Commission. The logic is that a company managing such stablecoins can alter their composition, which means that the SEC’s heightened investor protections may be necessary.

The lack of comprehensiveness in Garcia’s bill may actually prove an advantage within the legislative process. Featuring fewer potential sticking points across the wide range of digital assets and clearly tied to the fate of Libra — a topic with definite political velocity — Garcia’s Managed Stablecoins are Securities Act is certainly one to watch in 2019.