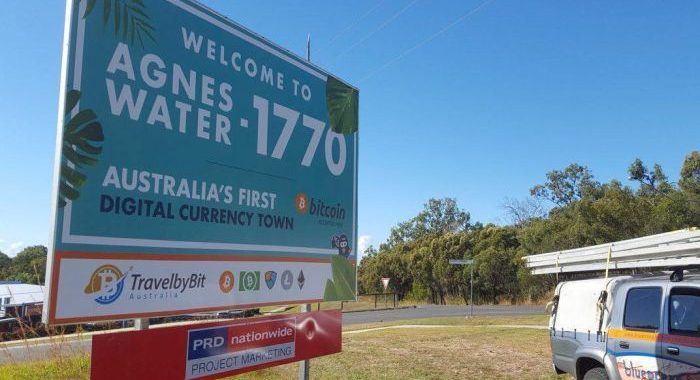 In a bid to attract tourists and boost its revenue, Queensland beach town Agnes Water is touting itself as Australia’s first digital currency town. Located in central Queensland, the town aims to put itself on the map as a popular destination for foreign tourists, specifically, “digital travelers”.

More than 30 businesses have joined the initiative, which was spearheaded by local real estate agent Gordon Christian.

Christian got the idea from a client who was inquiring about the process of taking Bitcoin as payment for his business. The real estate agent then found out that Brisbane Airport was already using Bitcoin.Christan looked into the setup at Brisbane Airport, and so the idea of Agnes Water focusing on digital currency payments was born.

If you travel around the world you have to deal with multiple currencies, the exchange rate can be confusing, sometimes you struggle to find ATMs, and sometimes you get swindled by money changers.

TravelbyBit is a Queensland startup that enables businesses to process cryptocurrency payments. They are, in fact, the company that has earned Brisbane Airport the tag “Australia’s first digital currency-friendly airport”. They are also the people behind Agnes Water’s infrastructure.