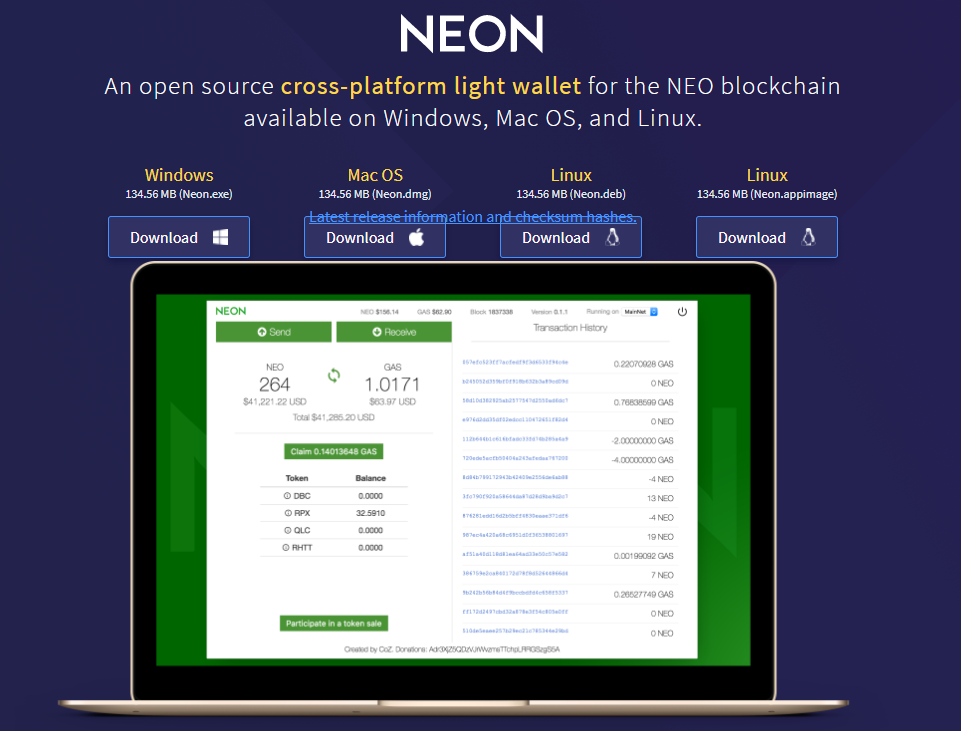 2017 was a huge year for cryptocurrency and it continues to grow as more people start to get invested in their choice of currency.

Some currencies were the highlights of 2017, such as Bitcoin hitting an all-time high in December. However, the cryptocurrency market features a wide variety of currencies for a person to choose from. One of the notable new currencies on the market is called NEO, originally named Antshares. This currency was released last year and originates from China. The currency uses both NEO and GAS tokens and these started out at around $0.14. Right now, NEO sits at $136.10. A massive difference from when it was first introduced.

While NEO continues to do well and the developers have offered wallet support for their currency, users wanted more from the standard features the developers created. Luckily, the open market acted upon this and several developers stepped forward with an interest in creating an ideal playground for NEO investors to securely hold their assets at a location of their choosing. Though, new users to the cryptocurrency may have many questions about all of the wallets available, such as does one particular wallet stand out from the others? Does a product work on their operating system? Can they store their NEO currency for their smartphone?

I have compiled a list breaking down the general qualities of nine different NEO wallets to hopefully make finding a suitable application for NEO investors easier than running a quick Google search. All of the wallets on this list do something a differently than the others do while some have extremely similar characteristics. What makes an application the best choice for a NEO investor breaks down to what a user views as the best quality.

Those interested in having a lightweight wallet, meaning a platform that does not download the entire NEO blockchain to their computer, can check out NEON wallet and have it serve as their one-stop shop for their currency. Like many connected NEO wallets, this platform distributes GAS tokens based on the amount of NEO held on the user’s account. None of the private keys users input into the website get stored by NEON, making it a secure process.

For users who like a clean interface, the developers created a robust platform with a simple screen with a good amount of information. The left side of the platform features an area for the wallet owner to input an address to send funds to, claim generated GAS, and a function to convert NEO on the account to GAS, and vice versa. The right side features a transaction history of the account for those who like to see a detailed record of everything they’ve done.

Though this wallet was created by an outside source, City of Zion, the developers behind NEO have given it their official approval. NEON Wallet operates on any desktop with a Windows, Mac, or Linux operating system.

The official wallet created by the NEO developers. This platform runs on a desktop and connects to the NEO servers, though, this process takes a little bit of time. The application takes a chunk of time syncing to these servers making it one of the slower applications available and takes up a significant amount of harddrive space.

Since it directly connects to the NEO servers, users who have this downloaded will need to make sure they take precautions to protecting their desktops from malware or hackers to best protect their crypto information. Those who use it can send and receive NEO and GAS with the NEO GUI. The application also generates GAS depending on the amount of NEO held on the account.

This wallet was created by the Neo developers and have their official seal of approval. Presently, the wallet can only get downloaded onto computers with Windows 7 and above operating systems. 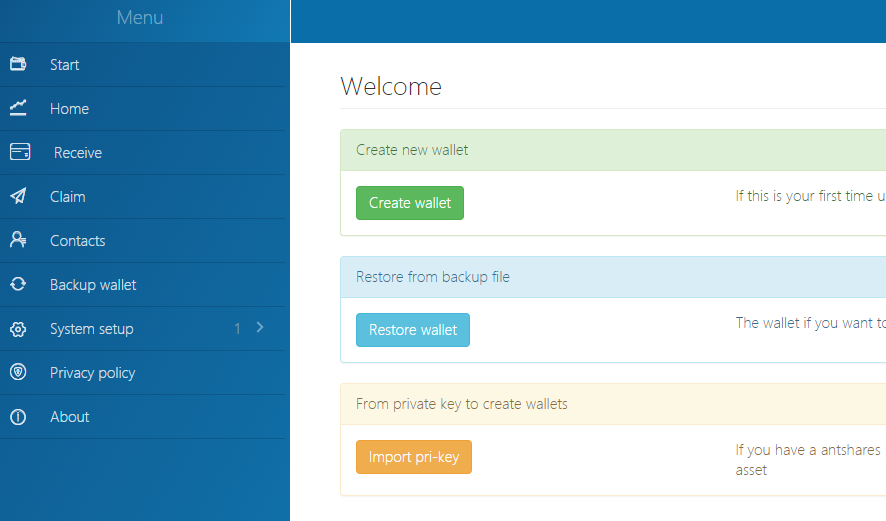 This wallet is maintained by the NEO community and acts as a lightweight wallet The platform allows users to store, send, and receive NEO and GAS on it. The NEO Wallet also generates GAS coins over time based on the amount of NEO attached to the account.

This product only runs on Chrome and Microsoft edge browser. Because it doesn’t connect to the NEO servers and only interacts with the developer’s blockchain, this product best fits those who casually follow cryptocurrency or for anyone who received NEO as a gift from someone.

Those who have a background in coding will appreciate adding it to their Neo wallets with the NEO CLI. This one works similarly to the NEO GUI where a user may store their NEO and GAS on here, send it out to whomever they like, and receive it on this platform. However, the big difference lies in a user must operate in the application using Command language. This makes the NEO CLI a product designed for more specific users compared to others place on this list and anyone who knows how to code may feel right at home using it.

This application was created by the NEO developers and only works on desktops with a Windows or Linux operating system.

NEO Versus Ethereum; Which is the Better Investment in 2018?

Many of the wallets on this list directly sync and connect to the NEO servers. The NEO tracker doesn’t always do this, instead the developers created it to work through the user’s browser for them to keep a majority of their funds offline in cold storage. A user may prefer this method as a way to keep their animosity with none of their personal information going through. When a user creates a wallet with NEO Tracker, the web-page sends them a keystore file for them to download and personally watch over the encrypted keys of their account. The application grants users the ability to send, receive, and store their NEO and GAS, additionally, a user can collect GAS based on the amount of NEO they hold on their account.

The NEO tracker was developed by an outside source other than the NEO developers  and only works on Chrome and Microsoft Edge browsers.

This is not the same as the NEO Wallet and is not maintained by the NEO community, though it works in the same way as it works through a browser. A user can upload their wallet’s information to the website to store and perform transactions with their NEO and Gas currency. This platform was created by OnChain, a group who focus on blockchain technology who worked alongside the NEO developers to create the currency. 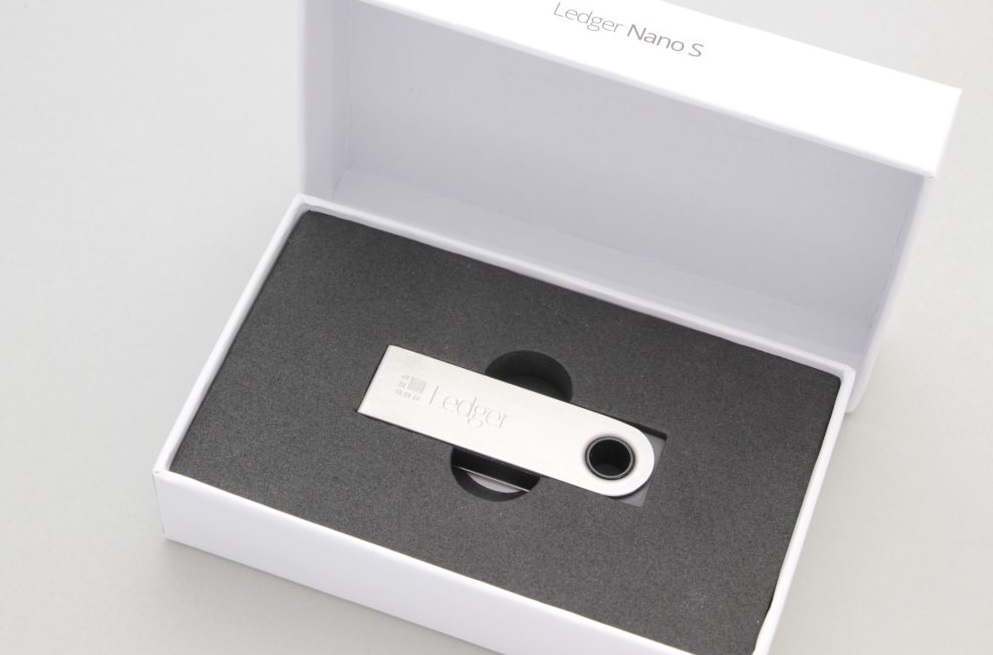 Several cryptocurrency communities tout the Ledger Nano S as their favorite wallet due to the service supporting a number of different cryptocurrencies and comes with additional security measures. The Ledger closely resembles a flash drive and works like one as it connects into a desktop through a USB cable. The device syncs to other companion applications to ensure an owner is required to confirm every transaction they make before it goes through and the owner must also input a private four-digit code directly into it.

Those who plan to stick with NEO for the long term will likely want to pick this up as it offers a more secure service than other applications. The platform added NEO to their collection during the last quarter of 2017 for all community members.

Unlike other services listed here, this one does cost money and is priced at 79.00 €. When using the Ledger Nano S product, every user should make sure they have the 1.3.1 version installed to properly use NEO with the wallet. 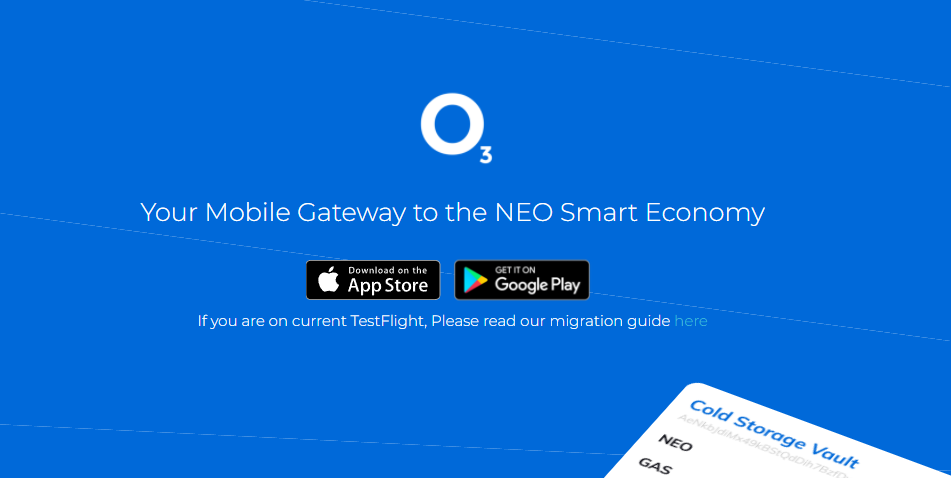 Not every cryptocurrency investor can readily sit at their computer to watch their investment over the course of a day and many NEO wallets only run on a desktop. To amend this issue, a group of developers created O3, pronounced Ozone, for users who want to a NEO wallet on their smartphones. With O3 installed a user can freely watch the worth of NEO fall and drop throughout the day, including the value of their portfolio. To keep the program secure, but convenient, the developers broke the software up into two categories: a hot wallet and a cold wallet.

The hot wallet contains the funds a user wishes to use on a daily basis and in transactions. The cold wallet stores a majority of the program’s funds, much like a bank’s savings account. This means if a user’s wallet were to become compromised, the funds in the hot wallet could leave an account but the funds kept in the cold wallet would remain safely tucked away. For those who only want to use O3 to watch the NEO market from their phone, the developers do not require any user place their funds into the application’s hot wallet.

O3 was created by an outside source and have made their code open source on GitHub for everyone to view it freely. Anyone can download the application from the Google Play or Apple store. 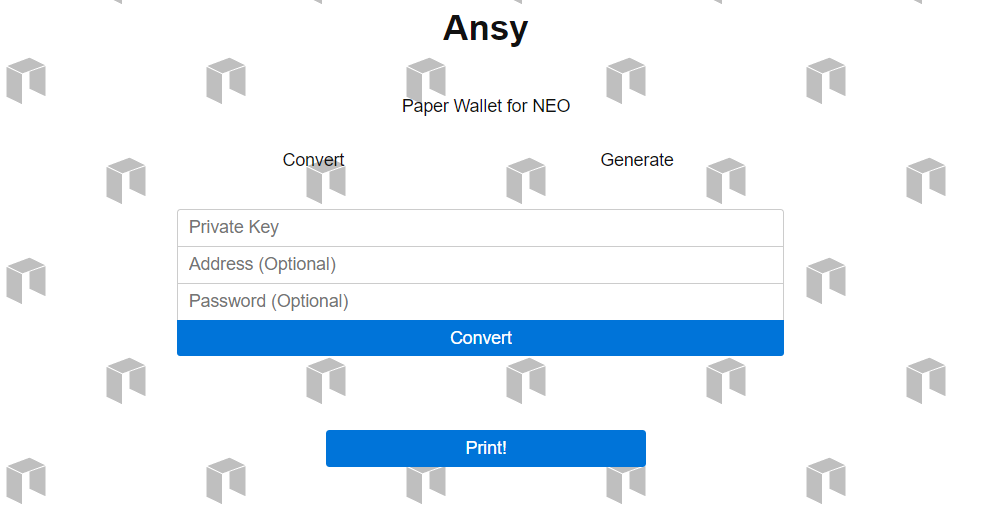 Old school never truly goes away and those who prefer having a physical copy they can hold may feel right at home with Ansy. This wallet operates through an offline server and provides users with their address, public, and private keys through QR codes they download and print. The user must keep codes in secure locations to freely use and have access to their account.

Since the codes to the account get printed out, it makes it impossible for hackers to try and gain remote access to these wallets. This also makes this service ideal for anyone interested in sticking with NEO for a long time, but remain a casual follow of the cryptocurrency. Due to the wallet operating offline, users do not generate GAS due to the amount of NEO they hold on their account.

NEO investors interested in Ansy can gain access to the platform from a Chrome or Microsoft Edge browser.

As of right now, these 9 stand out as some of the best NEO wallets available for NEO investors to choose from. More may come out in the future and many of the products on this list will see improvements as NEO moves into its second year. For now, users have a variety of choices for their cryptocurrency wallet and hopefully many will find the right one for them.