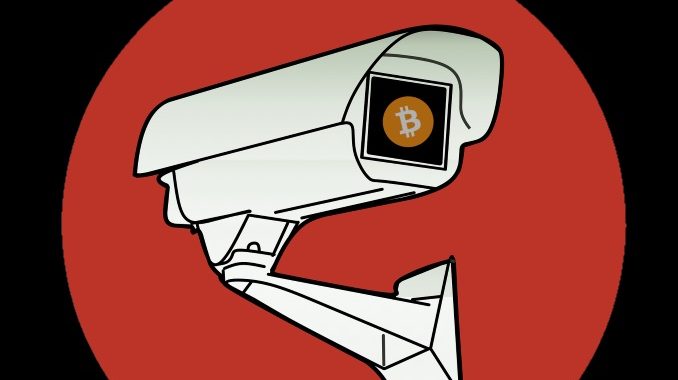 You can file this one under news everyone already suspected was true.

According to the Intercept, secret documents revealed by Edward Snowden show that the NSA is tracking bitcoin users.

The tracking goes back to at least 2013 and includes information about what appears to be a honeypot for privacy minded bitcoin users. The NSA set up a privacy focused service and used that to track information on an unknown number of bitcoin users.

“The data source appears to have leveraged the NSA’s ability to harvest and analyze raw, global internet traffic while also exploiting an unnamed software program that purported to offer anonymity to users” wrote Sam Biddle in the Intercept.

By combining the vast troves of internet data that the NSA has already been tracking with the data obtained from the honey pot codenamed MONKEYROCKET, the NSA documents allege that the spy agency was able to match Bitcoin users with their MAC ID and IP address, potentially revealing their real-life identities.

The documents also suggest that the service was “Non-Western” was popular in Iran and China and was aimed at preventing terrorism and money laundering. It was also mentioned that the service had something to do with internet browsing. Considering those nations’ policies on open internets, it seems possible that MONKEYROCKET was a VPN of some sort, and that was speculated on in the Intercept article. Personally, I think a coin tumbler or launder is a candidate as well.

Of course, just because something is popular in Iran and China doesn’t mean that it was used exclusively by those countries or that US citizens didn’t also use the service and have their information gathered up by the MONKEYROCKET service.

That the government is targeting Bitcoin users has been speculated on by the community for years. Ever since Gavin Andressen mentioned in the Bitcoin development forums that he had a meeting with the CIA, and then Satoshi Nakamoto left the very next day, conspiracies have been prevalent.

What This Could Mean For Ross Ulbricht

The Intercept also points out that the MONKEYROCKET service was a part of a larger program called OAKSTAR, designed to tap into foreign internet cables and gather large swaths of data. That program and the MONKEYROCKET service was being used by the NSA while the FBI was investigating the Silk Road. That case ultimately ended in Ross Ulbricht being sentenced to life in prison as the alleged mastermind of the underground marketplace.

Ulbricht’s case, which has been helped by the likes of Reason, is making its way up to the Supreme Court, after his appeal process fell apart.  The Intercept speculates, albeit without much direct evidence, that the FBI may have been assisted by the NSA and possibly the OAKSTAR program.

It was revealed in 2013 that the NSA has been helping other government agencies using what is called “parallel construction.” This act is when one or multiple government agencies gather evidence in a way that would not be admissible in court and then go back and recreate their investigation in a legal way, so that the evidence can be submitted.

This is arguably an unconstitutional act that prevents defendants from receiving a fair trial. When it was first revealed, this is how the Electronic Frontier Foundation explained its use.

But instead of being truthful with criminal defendants, judges, and even prosecutors about where the information came from, DEA agents are reportedly obscuring the source of these tips. For example, a law enforcement agent could receive a tip from SOD—which SOD, in turn, got from the NSA—to look for a specific car at a certain place. But instead of relying solely on that tip, the agent would be instructed to find his or her own reason to stop and search the car. Agents are directed to keep SOD under wraps and not mention it in ‘investigative reports, affidavits, discussions with prosecutors and courtroom testimony.’”

It is critical for the defense of any case to have access to the same information and evidence as the state does, especially information that may be helpful to their client’s case.

If illegal parallel construction was used in the Ross Ulbricht case, then it might be possible for him to receive a new trial and maybe even have troves of evidence thrown out. Already, two of the key agents involved in the investigation have pled guilty to a variety of corruption and money laundering charges related to the case.

According to Lawyers.com, that is often the case when a violation occurs

“If the defense learns about a Brady [the shorthand name given to disclosure requirements, named after a landmark case] violation after the defendant has been convicted, the defendant is typically owed a new trial if the nondisclosure was material. According to the U.S. Supreme Court, the missing evidence is to be considered as a whole rather than piece by piece, but it’s material only if there’s a “reasonable probability that, had the evidence been disclosed to the defense, the result of the proceeding would have been different.”

When the Ulbricht defense team requested a new trial, they did so because they argued the prosecution knew about the agents’ malfeasance in the case and didn’t inform the defense until after the trial had begun and their arrest became public knowledge. However, the appeal judge ruled that it would not have affected the case.

The defense, and many security experts, also doubted the FBI’s story on how they unmasked Ulbricht’s identity. Supposedly, his IP was revealed through a leaky captcha check on the Silk Road, but experts contended that was impossible.

If evidence was obtained illegally through parallel construction, that might go a long way towards getting Ulbricht a new trial.

Most of us long suspected that the government was watching bitcoin very closely, we now know those suspicions were correct.

As always, the FreeRoss foundation is looking for financial support to keep their efforts going. You can donate (with crypto or fiat) at FreeRoss.org