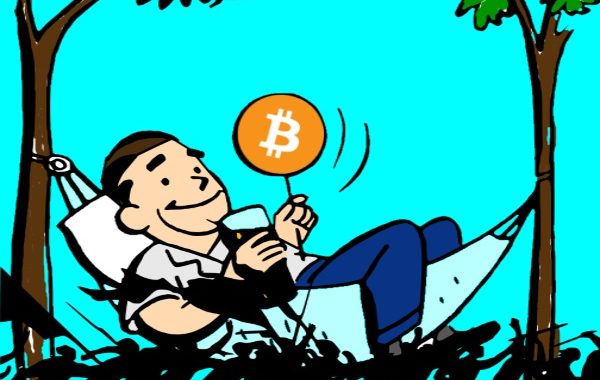 “Pure logical thinking cannot yield us any knowledge of the empirical world; all knowledge of reality starts from experience and ends in it.” Albert Einstein, Ideas And Opinions.

The bitcoin price is at a new low for 2018 and it has the mainstream financial media asking what this means. Is Bitcoin dying? Is the whole cryptocurrency craze over with?

Simply put: No. Bitcoin is not dying, cryptocurrencies are not going away and more than that, this price fall is part of a long cycle that has been occurring nearly since bitcoin’s inception.

That certainly sounds bad, and if you got into bitcoin during its 2017 rise, it is understandable that you may be a little nervous about your investment.

As someone who has been writing about Bitcoin since 2013, I’m telling you not to worry. The Bitcoin community has gone through this very situation multiple times. It is likely to get worse before it gets better but when it gets better, it will more than make up for it.

This helped bitcoin establish a market price and it wasn’t long before the site was nearly synonymous with the currency. In fact, when it crashed, a lot of outlets confused the two and when the CEO of Mt. Gox, Mark Karpeles was arrested, some sites erroneously reported that the “Bitcoin CEO” had been arrested. Of course, as a decentralized cryptocurrency, there is no Bitcoin CEO.

And then Mt. Gox shut down, hundreds of millions of dollars’ worth of bitcoin were lost, and the price started to slowly drop. It continued to drop for more than two years. First it went under a thousand, then 800, then 500. By early 2015, it had dropped all the way down to $177, lower than it was before the price increase started and lower than the mini jump in April 2013 that saw the price top out at $230.

To put that in perspective, Bitcoin today would have to drop all the way to $1,100 before its chart today will look like the chart did in 2015.

In fact, you can look at an all-time price chart from early 2015 and other than the numbers on the side, it looks almost exactly it does now. If you go back to the 2011 price increase to $30, it also looks very similar (albeit with smoother lines).

You see that little bump in 2014? Lets look at what that looked like shortly after it happened.

And again, you can see a seemingly minor bump in July 2011, but at the time it looked similarly meteoric:

Seemingly, the pattern continues every few years. Bitcoin sits around a certain price, explodes beyond most people’s imagination, and then slowly falls back to earth until the next explosion and the process starts again. But it is important to note that every explosion dwarfs the one before, and even people who invested at the top of the last jump experienced amazing gains.

Tina Hui, the CEO and Founder of Follow the Coin Labs has been around long enough to see the bitcoin go through its spike, depression, spike cycle and is not worried.

“In terms of innovation and progress in the space, any significant price drops and the subsequent period to follow has historically actually been a good thing for the industry in terms of meaningful progress. A price drop has historically helped to get rid of the PR and hype driving behaviors and actors in the space that manipulate the price for their own personal gain. People who truly care about impactful and technological advances via blockchain and crypto have historically done great work during times of decline in terms of building projects that are game changing and thought provoking such as BitPagos and BitPesa that have truly improved lives as remittance companies.”

Kristov Atlas, who predates myself with his involvement in bitcoin independently wrote an article similar to this one, though with a more technical analysis angle, you can read that here.

But Why Does It Happen?

There were a lot of reasons for the 2014-2016 descent and it isn’t entirely clear what causes were more impactful than others. The Mt.Gox scandal definitely gave Bitcoin a lot of bad press and it likely scared off a lot of investors at the time.  But there was also a general malaise about the technology, a seemingly endless parade of scams and the beginning of the community infighting that continues today.

The price explodes and then contracts because each cycle involves the same thing: Legitimate investments, over hype, disappointment and then a crash or slow descent. But while hype is a crucial part of Bitcoin’s price rise cycles, so is the legitimate investment.

And it’s the legitimate investment that creates the real rises in price. Short and medium changes in price, including the massive price spikes, are created by speculative investment. There is simply no other way for it to happen. Bitcoin didn’t become four times more useful from September to December last year.

What did happen was community development of services and investment from large financial institutions who are betting on the usefulness of the technology and not the price. That led to reasonable gains which led to the fear of missing out which leads to people buying based on the price and not the technology and finally, that leads to an inflated price.

Now, we are seeing the correction. But that doesn’t change the initial precipice for the whole thing, which is that nearly every financial and technology company is interested in Bitcoin and/or blockchain technologies.

Just like my initial reaction in 2013 and 2014 was to blame Mt.Gox or the threat of the BitLicense or a toxic community, many are doing that now with today’s relatively minor problems. But then, as now, it just needs more time for development and investment to solve those problems. The people who were buying and are now selling on the exchanges have nothing to do with any of that.

There are certainly concerning issues. The large amount of ICO scams likely inflated their numbers and then stole what money they gathered. Even well-meaning failed ICOs still represent loss investment in the cryptocurrency ecosystem. While it is beneficial to encourage innovation, it is hard to not wonder if those investments wouldn’t have been better utilized in Bitcoin or one of the major alts.

In addition, they have soured the cryptocurrency’s reputation and goodwill with large segments of the tech industry. I have the upmost confidence that Bitcoin can survive any kind of regulation. I am not as confident if it loses its natural allies in the tech industry as well.

But the technology business, like all business, is primarily worried about money. If bitcoin and blockchain technologies offer a possibility to make some, they will get on board in the long term, regardless of ICO scams or how much graphics cards rise in price. That investment and development will increase Bitcoin’s usability, thereby creating demand and scarcity. That should cause the bitcoin price to increase.

And if the past is any indication, once a Bitcoin price rally starts, it more than erases the losses that preceded it.