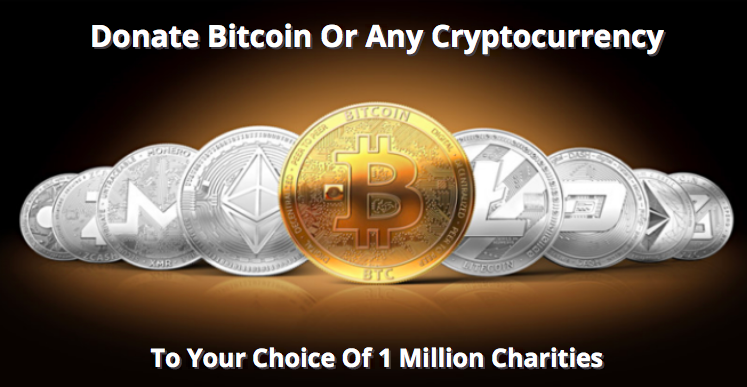 The CauseNetwork has launched Givemycoins.org, a multicoin platform that allows tax deductible donations to over 500 causes using cryptocurrencies and will give you a tax-deductible receipt to boot.

The announcement was actually made earlier this month, but it didn’t receive much press attention at the time. It came across my desk after George Mason University announced it would use the portal to accept cryptocurrencies from people wishing to donate to scholarships through their supporter network.

Paying taxes on cryptocurrency gains has never been an easy process, especially for those of us who aren’t great at record keeping. However hard that is, things like charitable tax deductions are even more difficult.

The CauseNetwork only lists IRS approved 501(c) charities and supports all “major cryptocurrencies” and that is a claim they seem to back up. Currently, 76 different cryptocurrencies are supported. A representative told me that they use a third-party service (like Changelly, Flypme or Shapeshift) but he wasn’t sure which one.

Users who donate their crypto to a cause will receive an IRS compliant tax deduction receipt that will use the price at the time of the donation. This will make it much easier for charitable crypto users to claim the donation off their taxes. Previously (and currently with non-The CauseNetwork donations) it is a complicated process for users looking to donate their cryptocurrencies to a good cause.

According to Investopedia, cryptocurrency users who donate bitcoin or other cryptocurrencies to a 501(c) approved charity may pay more in taxes if they first cash out their coins and then donate in USD. If they donate cryptocurrencies directly to a charity that accepts them, they potentially can write off the entire value without paying the 15-20% capital gains tax on any cryptocurrency that increased in value while they held them.

Using The CauseNetwork, this process and the record keeping of it, seems greatly simplified.

The CauseNetwork is also launching its own coin, aptly named CauseCoin. Details are scarce at this point, but CauseCoin has informed us that they will be incoming shortly. There is a CauseCoin that claims to be launching an ICO next month, but The CauseNetwork has let us know that is not related to their coin. They said they will be sending a trademark violation letter to that CauseCoin. It is probably for the best too, because the CauseCoin that is unrelated to The CauseNetwork has multiple red flags, including a hidden WhoIs domain registry, no whitepaper and provides very scant details on anything about it or the upcoming ICO.

The CauseNetwork supports over 500 charities including Tech for the Troops, Defenders of Wildlife, Talk About Curing Autism, The Nepal Tiger Project and more. If you would like to donate using your crypto or fiat, you can go to Givemycoins.org.